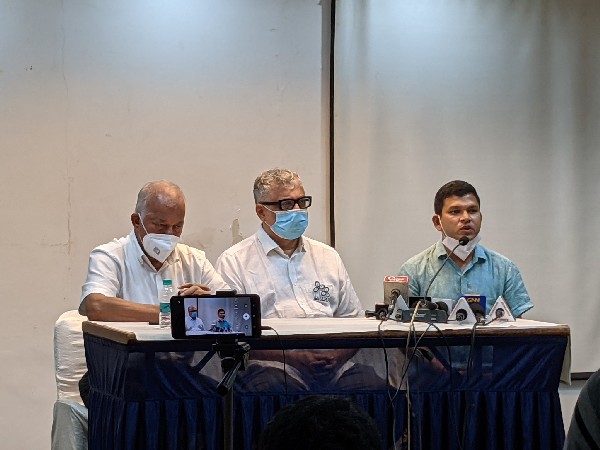 Gaonkar is an MLA from Sanguem Assembly constituency in Goa. His induction to TMC took place in presence of party leader Derek O'Brien and former Goa chief minister Luizinho Faleiro in Panaji today.
"I am supporting Didi Mamata Banerjee and her leadership. Goa needs a change and I strongly believe that it can be achieved through All India Trinamool Congress," tweeted Gaonkar.
He said he would work with TMC to take Goa to newer heights.
West Bengal Chief Minister Mamata Banerjee welcomed Gaonkar in TMC while adding that country's youth will not stay muted in the battle against fascism.
"I am proud to see young leaders stand so firmly in this fight against the oppressive BJP-regime. Thank you for your support Prasad Shashikant Gaonkar ji and I welcome Sandesh Gaonkar ji to All India Trinamool Congress. They speak for India's youth who WILL NOT stay muted in this battle against fascism," tweeted Banerjee.
TMC general secretary Abhishek Banerjee also welcomed Gaonkar to the party.
"It is an absolute pleasure to receive the support of a farmer's son for India's firebrand woman leader who is challenging the 'Two'-man show at the Centre. My sincere gratitude to Prasad Shashikant Gaonkar ji and heartiest welcome to Sandesh Gaonkar ji on joining All India Trinamool Congress," tweeted Abhishek Banerjee.
According to TMC, Gaonkar's supporters and elected members of panchayat have also joined the party today.
Notably, Former Goa Chief Minister and MLA Luizinho Faleiro last month had joined TMC in Kolkata. (ANI)