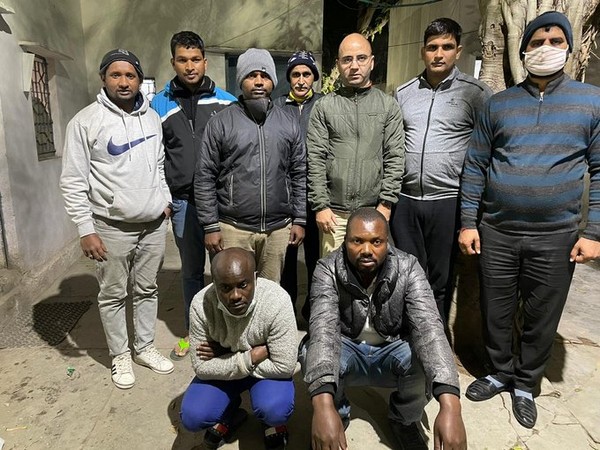 Panaji (Goa) [India], January 13 (ANI): A joint team of cyber crime officials from the Goa and Delhi Police on Tuesday arrested two Delhi-based Africans who allegedly duped a woman from Goa of Rs 37 lakh by luring her through a matrimonial site.

"The victim lodged a complaint at the Cyber Crime Police station in which she stated that that one person had lured her by proposing marriage to her on a matrimonial website by creating a fake profile," police statement said.
The imposter who posed as a doctor in a foreign country allegedly lured the woman by telling her that he would be sending expensive gifts and thereafter, on the pretext of custom clearances for these foreign gifts, the criminals defrauded the victim of a total of Rs 37 lakh, police said.
As soon as the victim realised she was duped she registered her complaint and cyber crime Police Station. The course of the investigation revealed that a organised gang of criminals with fake identities was behind the crime..
Identified as Tsoupa Sebastien from Cameroon and Senehuoun Franck from Ivory Coast, the two accused were residing in Mehrauli area in the national capital, police said.
Several mobile phones, SIM cards issued on fake identities were seized from the accused along with the database of 650 people whom they defrauded
Further investigation is underway. (ANI)