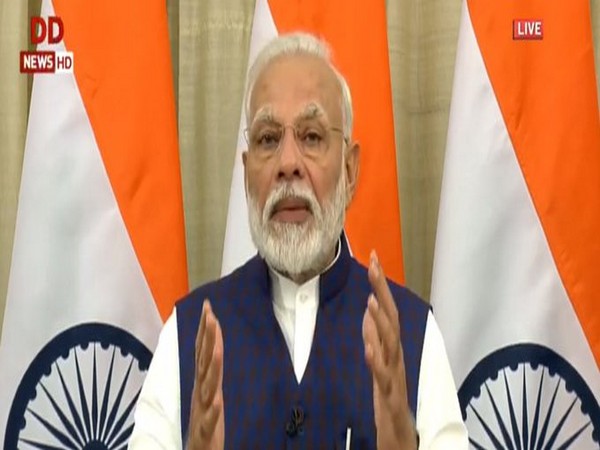 New Delhi [India], Feb 1 (ANI): Prime Minister Narendra Modi on Saturday addressed the nation after the Union Budget was presented in the Parliament earlier in the day and said that the development of 100 airports in the country will be significant to boost the tourism sector.

"The goal to develop 100 airports in the country is very important for the tourism sector of the country. In tourism, there is more possibility of employment and income generation with lesser investment", the Prime Minister said.
Outlining the key areas of employment, Prime Minister Modi said that such sectors have been given a lot of emphasis in the budget.
"The main areas of employment are agriculture, infrastructure, textiles, and technology. In order to increase employment generation, these four have been given a lot of emphasis in this budget", he added.
Earlier in the day, Finance Minister Nirmala Sitharaman had announced during her Budget speech that 100 more airports would be developed by 2024 to support the Udaan scheme.
She also remarked during her Budget presentation that India's Air traffic has grown rapidly as compared to the global average and the air fleet number was expected to go up from the present 600 to 1200 during this time. (ANI)