Goddess Siddhidatri to be worshipped on 'Maha Navami' 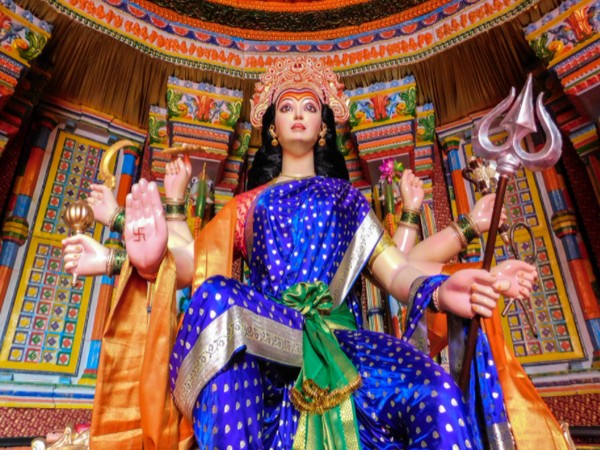 New Delhi [India], October 14 (ANI): Goddess Siddhidatri will be worshipped on the ninth day of Navratri on Thursday.

Siddhidatri is considered to be the ninth incarnation of Goddess Durga. Siddhidatri is a Sanskrit word that means giver of meditative ability. She mounts on lotus and it is said that she killed the demon 'Mahishasura' on the ninth day so it is termed as 'Maha Navami.
In many parts of the country, Kanya Puja is celebrated on Navami where nine girls, considered the nine forms of Goddess Durga are worshipped and offered prasad.
The celebrations of Sharad (autumn) Navratri involve worshipping Goddess Durga and her nine forms.
Shardiya Navratri begins from the first date of Shukla Paksha of Ashwin month, in which the divine forms of Maa Durga are worshipped for nine days.
However, this year Navratri will last only for eight days, which have started on October 7 and end on October 14. (ANI)