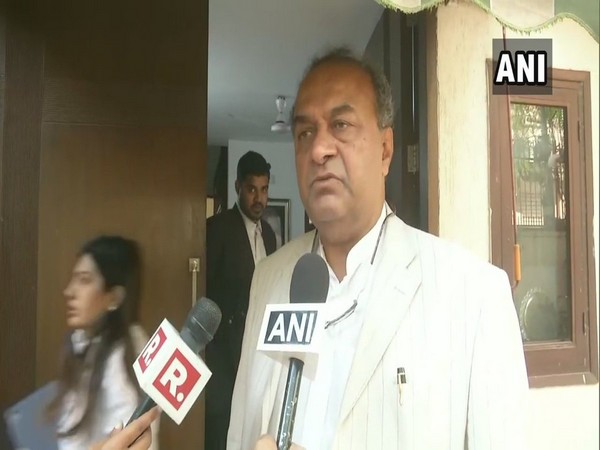 New Delhi: Senior advocate Mukul Rohatgi, representing Maharashtra BJP in the Supreme Court, on Monday said that Governor Bhagat Singh Koshyari was right in granting an invitation to BJP and NCP to form the government in the state.

"I have seen that along with a letter of Fadnavis [BJP's Devendra Fadnavis] there was a letter by Ajit Pawar as head of the legislative party with signatures of all NCP MLAs. Governor was right in granting an invitation to him to form govt," Rohatgi told the media persons.
This came after the BJP formed the government on Saturday morning when Devendra Fadnavis took oath for the second consecutive term as the state Chief Minister, with NCP's Ajit Pawar as his Deputy Chief Minister.
The decision came as a surprise as deliberations among Congress, NCP and Shiv Sena on the formation of a non-BJP government in the state had seemingly reached the final stage.
Subsequently, a petition was filed by Shiv Sena, NCP and Congress against the decision taken by the Maharastra Governor to invite BJP to form the government.
In a special hearing yesterday, a bench of Justices N V Ramana, Ashok Bhushan, and Sanjiv Khanna sought production of relevant documents including Maharashtra Governor's letter inviting BJP to form the government and letter of support of MLAs.
The BJP won 105 seats in the 288-member assembly followed by Shiv Sena 56, NCP 54 and Congress 44.