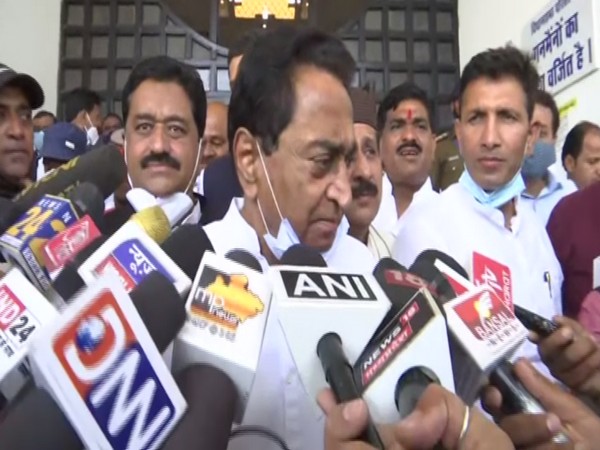 The budget session of Madhya Pradesh assembly started on Moday with address by the Governor.
"It's a pity that the Governor had to read a speech that was for the media and not for the state. Excesses on women, unemployment, farmers' distress were not addressed. This government doesn't have a vision for agriculture. The Governor took Prime Minister's name so many times. For a moment, I felt I was sitting in Lok Sabha," he said.
Speaking on the state government's handling of COVID-19, the Congress leader said "Shivrajji ridiculed me when I used to talk about coronavirus". "And today, he was recounting his successes in the Governor's speech," he said.
Kamal Nath said Congress respects traditions. "We don't want to emulate BJP which doesn't care for any tradition, any principle. That's why we had decided to choose the speaker unanimously. That's our thinking and our vision," he said, responding to a query BJP MLA Girish Gautam getting unanimously elected as Speaker. (ANI)