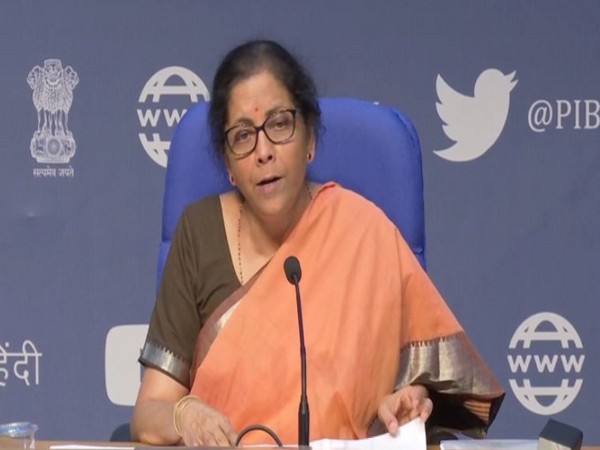 "Wage increase from Rs 182 to Rs 202 under MGNREGA will result in an additional income of Rs 2000 and benefit 5 crore families," Sitharaman said at a press conference here.
The Union Minister announced that self-help groups (7 crore housesholds covered) will get collateral-free loans doubled to 20 lakh, to increase money in hand.
She further added that for establishments which have upto 100 employees and 90 per cent of them earn less than Rs 15,000, "the government of India will pay the Employees' Provident Fund (EPF) contribution, both of employer and employee, put together it will be 24%, this will be for next 3 months."
Sitharaman also said that the Centre is ready to amend the EPF regulations "so that workers can draw upto 75 per cent non-refundable advance from credit in PF accounts or 3 months salary, whichever is lower", and added that this will benefit 4.8 crore workers around the country.
She also announced that 20 crore woman Jan Dhan account holders will be given ex-gratia amount of 500 rupees per month for the next three months, to meet their household expenses and a one-time amount of 1000 rupees to be given to senior citizens, widows and divyang (differently-abled) people, in two instalments over the next three months.
She announced a relief package of Rs 1.7 lakh crore to the underprivileged, poor and migrant workers affected by the lockdown amid COVID-19 outbreak.
She also said that workers - like nurses, paramedics and sanitation staff - who were in the frontline of the war against the disease, will be provided medical insurance cover of Rs 50 lakh per person.
Prime Minister Narendra Modi had on Tuesday announced a 21-day lockdown in the entire country effective from midnight to deal with the spread of coronavirus, saying that "social distancing" is the only option to deal with the disease, which spreads rapidly. (ANI)