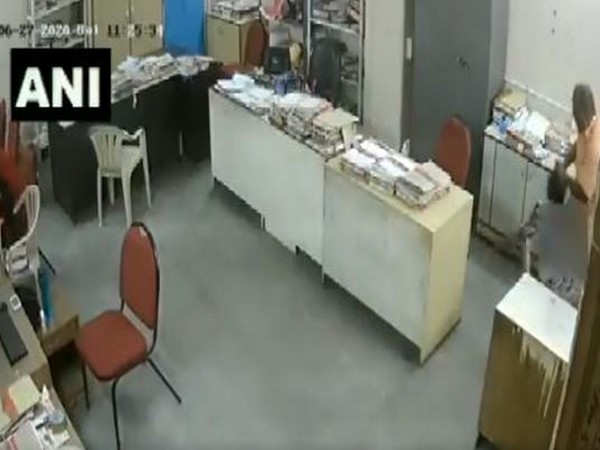 Nellore (Andhra Pradesh) [India], June 30 (ANI): An employee of a hotel in Nellore was arrested on Tuesday for beating a female colleague following a verbal spat, the police said.

The accused identified as Bhaskar is a deputy manager while the victim is a senior assistant at the hotel.
The hotel falls under Andhra Pradesh Tourism Department's jurisdiction.
"On 27th June, there was some verbal brawl between them. When the victim hurled an abuse, Bhaskar lost control and beat her with the handle of a chair next to him. On the same day of the incident at around 2 pm, the victim complained against Bhaskar at Nellore 4 town Police Station," Sub-inspector Venugopal told ANI.
"The police sent her to hospital for treatment to a minor injury. Based on her complaint, the police registered a case under sections 324 and 355 of the Indian Penal Code," added the sub-inspector.
The accused will be produced before the court later in the day, he added. (ANI)