Govt will provide '104' and '108' ambulance services in all mandals: Andhra Health Minister 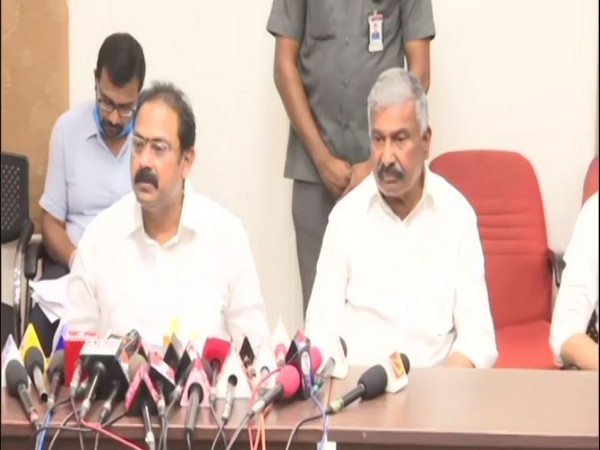 He said that these services will be available in all mandals of the state.
"All the 676 mandals in the state will get one 108 ambulance; 412 of them are new vehicles. Similarly, 656 new '104' ambulances will also provide services. In total, 1,068 new vehicles will be available in service of public health from tomorrow," he said.
Former Chief Minister YS Rajasekhar Reddy had introduced this ambulance services. However, the health minister said that the service was utterly neglected during Telugu Desam Party tenure.
"Numerous ambulance vehicles were left on roads without repairs because of Chandrababu Naidu did not allocate funds. Now YS Jagan Mohan Reddy, after coming into power, immediately reviewed the situation of 108 and 104 services and took steps for reviving these services much effectively," the minister said.
The health minister said that Chief Minister YS Jagan has taken steps to buy new vehicles with ultra-modern equipment with Rs 201 crores.
Srinivas informed that '108' service vehicles are broadly divided into three categories. 104 number of vehicles will have advanced life support equipment; 282 number of vehicles will have basic life support equipment and 26 vehicles (each 2 for all 13 districts) with neonatal equipment.
'104' service vehicles also will go to every village in all mandals, at least one day in one month. Similarly, the number of medicines available is increased from 52 to 72. Number of blood tests will also be drastically increased; he added.
The minister said that guidelines are framed such that 108 vehicle will reach within a stipulated time immediately after the accident takes place.
Earlier the vehicle used to go to the accident spot late, for hours together. The situation is totally changed. The 108 ambulance will reach the spot within short time. He said the ambulances are made available to run to the accident spot immediately. The vehicles will reach a tribal area in 25 minutes, a rural area in 20 minutes and an urban area within 15 minutes; the minister explained. (ANI)