Gradually all exemptions should go, income tax rate should be low: Sitharaman 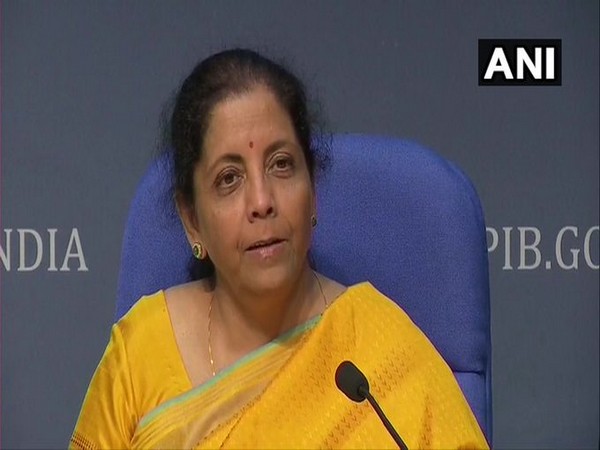 New Delhi [India], Feb 1 (ANI): Finance Minister Nirmala Sitharaman on Saturday said that the government has come up with a new scheme of personal income tax while retaining the old structure as its intention is to reduce the rates and simplify the structure.

Sitharaman, who was addressing a press conference after presentation of the union budget, said the government eventually wants to keep tax rates down and gradually all exemptions should go.
"We provided both so that in the long run we will be able to gradually remove all exemptions and in India, income tax framework should be simple and very low rate without difficulties in compliance," she said.
"The intention is to reduce the rates as much as to simplify the structure. We wanted to be sure that money is in the hands of the people by not paying a tax which they don't need to pay in the sense that rate can be brought down where we can bring it down. Particularly for the middle class and the lower middle class, we have brought the income tax down," she added.
The minister said the government had followed the same pattern when the corporate tax was reduced in September and there was a scheme for those who were looking for a simplified structure while others could continue with exemptions.
"We are looking for reduced rates, a simple process. The same principle was in our minds when we designed this. Eventually, we want to bring rates down and remove complications in compliance," she said.
The minister said it is very difficult for administrators to administer the tax structure with too many exemptions and people also consult an expert to plan their taxation.
"We wanted to make our intentions clear that want to simplify the income tax process. We wanted to reduce the rates. To achieve both, we have come up with a new scheme this year which has very few exemptions. Ideally, a scheme without any exemptions would have been the best. But because there are some exemptions which are absolutely indispensable, we have brought those and kept it to minimum," she said.
Revenue Secretary Ajay Bhushan Pandey said a comprehensive review of all exemptions was done and there were close to 120 exemptions of different kinds.
He said there were people who could not take benefit of exemptions because of cash constraints.
Pandey said that 70 exemptions have been removed in the new system but tax benefits on retirement money, VRS, NPS and some other categories will continue for those in the new scheme. (ANI)