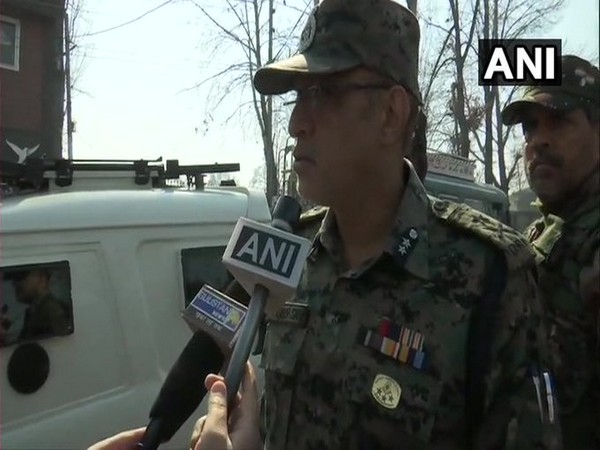 Srinagar (Jammu and Kashmir) [India], Feb 2 (ANI): Soon after the grenade attack in Srinagar's Lal Chowk area, CRPF Inspector General (IG) Ravideep Singh Sahi on Sunday said people responsible for the attack are trying to create apprehension among locals so that normalcy does not return.

"This is an incident of grenade throwing during the busy Sunday market. Two CRPF personnel sustained minor injuries. Those who threw the grenade want to panic locals so that normalcy does not return," Sahi told reporters.
Earlier in the day, four people including two security personnel sustained splinter injuries in the grenade attack on the deployed troops of C/171 battalion of CRPF in the area.
The injured have been rushed to a nearby hospital. (ANI)