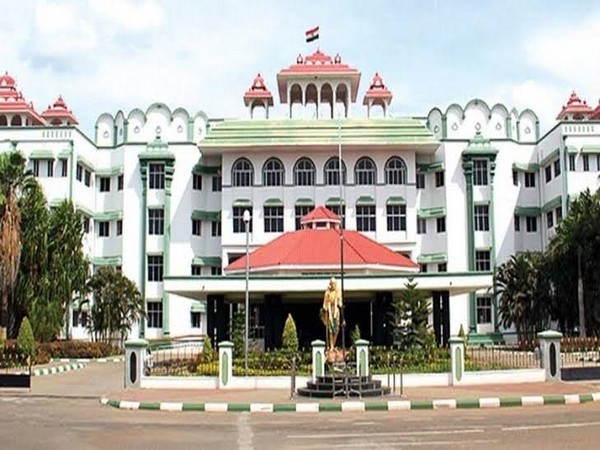 Madurai (Tamil Nadu) [India], June 30 (ANI): The Madurai Bench of Madras High Court on Tuesday observed that there are sufficient grounds for the registration of a case against police officials in connection with the alleged custodial death of a father and son in Thoothukudi.

A division bench of justices PN Prakash and Pugazhendhi made the observation based on the preliminary postmortem report, which notes evidence of wounds, and judicial inquirer's findings.
The high court also asked Tirunelveli Inspector General if it will be possible to take up the case until it is handed over to the Central Bureau of Investigation (CBI).
The court also sought a response within four weeks from Additional Deputy Superintendent of Police (ADSP), Deputy Superintendent of Police (DSP) and police officials on the judicial magistrate contempt issue.
Earlier, the Madurai Bench of Madras High Court had held that it will not interfere with the decision of the Tamil Nadu government to transfer the case related to the alleged custodial deaths of a father and son in Thoothukudi district to the CBI.
P Jayaraj (59) and his son J Benicks (31) were picked up by police and put in Kovilpatti sub-jail on June 21 as they had kept their mobile phone accessories shop in the Sathankulam main bazaar area open during the curfew timing of the coronavirus-induced lockdown.
A case was also filed against the two under relevant charges for the same.
The father and son were admitted to the Kovilpatti government hospital on June 22. While the son died on the same night, the father breathed his last on June 23 morning. (ANI)