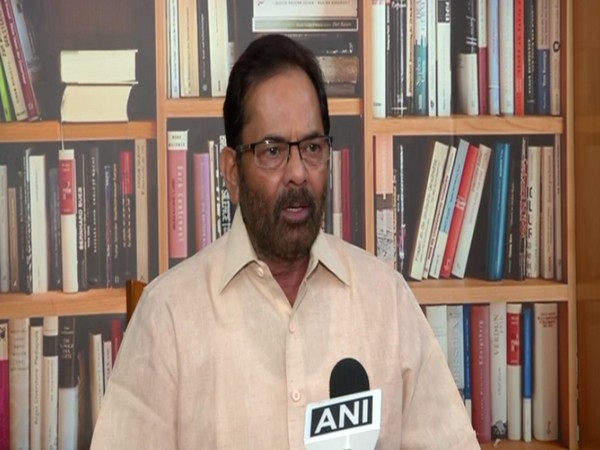 New Delhi [India], October 13 (ANI): Union Minister for Minority Affairs Mukhtar Abbas Naqvi on Wednesday said that a group of pseudo-secular syndicates, which presented Savarkar as a “villain”, has been exposed.

Speaking to ANI, Naqvi said, "After freedom, a pseudo-secular syndicate group was formed that presented many heroes as villains in the society because of their personal interest and conspiracy."

"Veer Savarkar was also among those heroes and hatred was created for him among one section of society, mainly Muslims. I have seen Veer Savarkar, read his biography. I have read about his sacrifices in cellular jail. He was accompanied by many of his supporters in jail mostly Muslims.”

The union minister further said that a Congress minister had earlier ordered to throw out Savarkar's picture from cellular jail by saying he was communal. “We protested also. Pseudo secular syndicate group that presented Savarkar as a villain has been exposed today.”

Earlier on Tuesday, speaking at the launch of the book 'Veer Savarkar: The Man Who Could Have Prevented Partition', Defence Minister Rajnath Singh said that lies were spread about Savarkar regarding him filing mercy petitions before the British government seeking his release from the jail.

"It was Mahatma Gandhi who asked him to file mercy petitions," he added.

Rashtriya Swayamsevak Sangh (RSS) chief Mohan Bhagwat also said that Savarkar was not an enemy of Muslims and he had written ghazals in Urdu. (ANI)