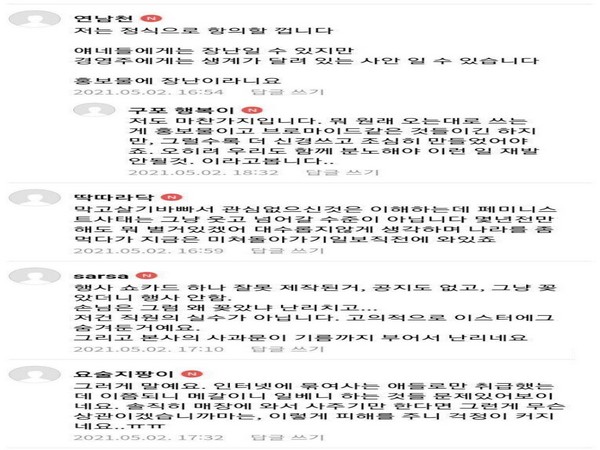 Seoul [South Korea], May 4 (ANI/Global Economic): The controversy over masculine hatred, which started with the image of the hand used on the poster of the GS25 event at the convenience store, is spreading.

GS25 issued an apology saying, "It was an image that could cause inconvenience to customers," but GS25 store owners are known to be preparing to protest. A national petition to withdraw the GS25 military PX contract also appeared.
According to the Internet Community Bobaedream on Monday, there was a post that collected comments believed to have been written by GS25 store owners.
Looking at the contents mentioned in the post, store owners say, "It is a crucial matter for business owners," and "I will formally protest".
Another storekeeper said, "It's promotional material and bromide that we use as soon as it comes out, but the more we do, the more we have to be careful. If anything, we have to be angry together, so please don't do this."
As the atmosphere of boycotting around the internet community spreads, store owners are concerned that it may affect actual sales. Isn't the use of convenience stores affecting men in the 20s and 30s?
As the situation expands, the possibility of GS25 store owners taking part in collective action is also raised. An industry insider said, "It wasn't intended, but if it leads to a boycott, it is the store owners who end up suffering damage." (ANI/Global Economic)