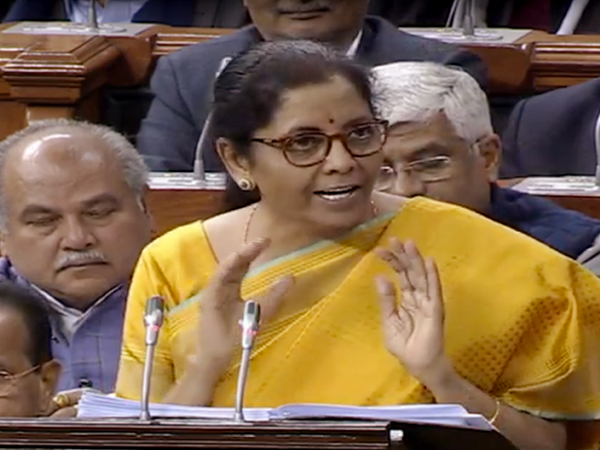 "GST has resulted in efficiency gains in the transport and logistics sector. Inspector Raj has vanished. It has benefitted MSME. Consumers have got an annual benefit of Rs 1 lakh crore by GST," Sitharaman said while presenting Union Budget 2020-21 in the Lok Sabha.
Stating that the Budget 2020-21 is to boost the income of people and enhance their purchasing power, she said: "Our people should be gainfully employed. Our businesses should be healthy, for all minorities, women and people from SCs and STs. This Budget aims to fulfil their aspirations."
"With renewed vigour, under PM's leadership, we commit ourselves to present the people of India with all humility and dedication. People have reposed faith in our economic policy," she added.
It is worth mention the gross GST collection in the month of January this year has been pegged at Rs 1,10,828 crore of which Central GST (CGST) is Rs 20,944 crore, State GST (SGST) is Rs 28,224 crore, Integrated GST (IGST) is Rs 53,013 crore including Rs 23,481 crore collected on imports, and cess is Rs 8,637 crore including Rs 824 crore collected on imports.
According to the Union Finance Ministry, GST revenue collection for January 2020 stands second-highest monthly collection since the implementation of the new tax regime. The total number of GSTR 3B Returns filed for the month of December up to January 2020 is 83 lakh (provisional).
According to the ministry, the government has settled Rs 24,730 crore to CGST and Rs 18,199 crore to SGST from the IGST as regular settlement. The total revenue earned by the Central and the State governments after regular settlement in the month of January 2020 is Rs 45,674 crore for CGST and Rs 46,433 crore for the SGST.
The GST revenues during January 2020 from domestic transactions have shown an impressive growth of 12 per cent over the revenue during January 2019. Taking into account the IGST collected from imports of goods, the total revenue during January 2020 has increased by 8 per cent in comparison to the revenue during January 2019.
During this month, the IGST on import of goods has shown a negative growth of minus 3 per cent as compared to January 2019. This is the only second time since the introduction of GST that the monthly revenues have crossed Rs 1.1 lakh crore. (ANI)