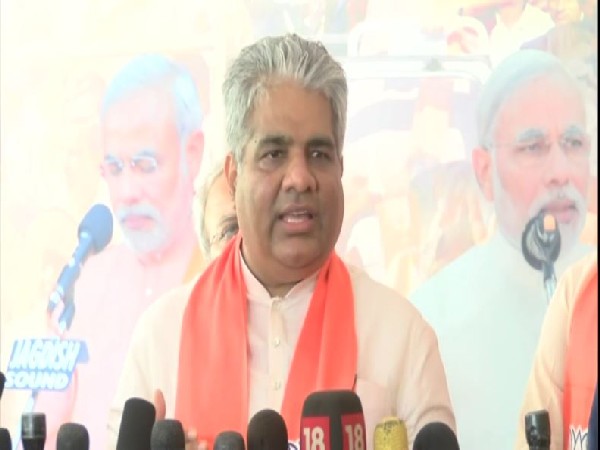 Gandhinagar (Gujarat) [India], September 17 (ANI): Denying the presence of anti-incumbency sentiments against Vijay Rupani government, Gujarat BJP in-charge Bhupender Yadav said on Thursday that the appointment of first-time Chief Minister and cabinet ministers is to give opportunities to new leaders in the party.

Congratulating Gujarat's new CM Bhupendra Patel and newly-inducted ministers, the Union minister said, "The BJP works as a team. Therefore, the way the party works with consistency and continuity, it is the responsibility of the party to provide a platform for a new bunch of leaders."
"In order to groom new leadership in the BJP and give more opportunities to the various people from different social backgrounds, the party is adopting a new tradition," he added.
Denying the news of outgoing ministers disappointed with the party for their removal from the post, the BJP Gujarat in charge said, "The decision was taken after deliberation with the outgoing ministers and they were present during the swearing-in ceremony of the new ministers."
He also said that the party would win the upcoming election in 2022 with a 3/4th majority. (ANI)