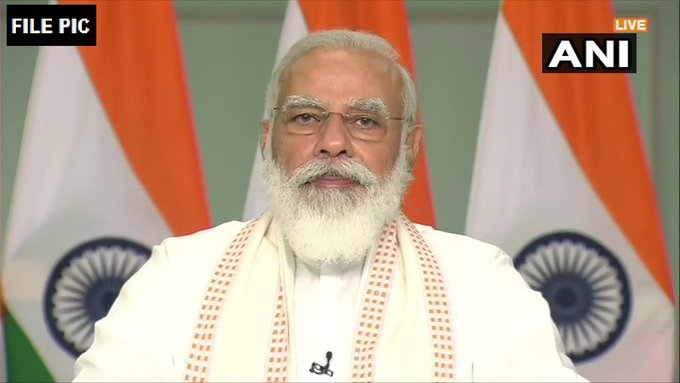 BJP leader JP Nadda also hailed the results of six Municipal Corporations and said these reflect the "unwavering faith" of people in the policies of the Prime Minister.
The Prime Minister said in tweets said BJP's victory is very special and such a phenomenal win is noteworthy for a party that's serving in a state for over two decades.
"Thank you, Gujarat! Results of municipal elections across the state clearly show the unwavering faith people have towards politics of development and good governance. Grateful to the people of the state for trusting BJP yet again. Always an honour to serve Gujarat," he said.
"Today's win across Gujarat is very special. For a party that's serving in a state for over 2 decades to record such a phenomenal win is noteworthy. Heartening to see widespread support from all sections of society, particularly the youth of Gujarat towards BJP," he added.
Nadda thanked the voters and also state Chief Minister Vijay Rupani, state party chief CR Patil and party workers for the party's "unprecedented" success.
"The Gujarat BJP has got an overwhelming majority in the local body elections held in all the six municipal corporations of Gujarat," he said in a tweet.
"This historic win of Gujarat BJP is a victory of the unwavering faith of people in welfare and development policies of the Prime Minister. I thank the people of the state for their continued faith in BJP," he added.
The ruling BJP won 93 out of 120 seats in Surat, 69 out of 76 seats in Vadodara, 68 out of 72 in Rajkot, 44 out of 52 in Bhavnagar, 50 out of 64 in Jamnagar, and 152 out of 159 in Ahmedabad.
The BJP has returned to power in all six municipal corporations. (ANI)