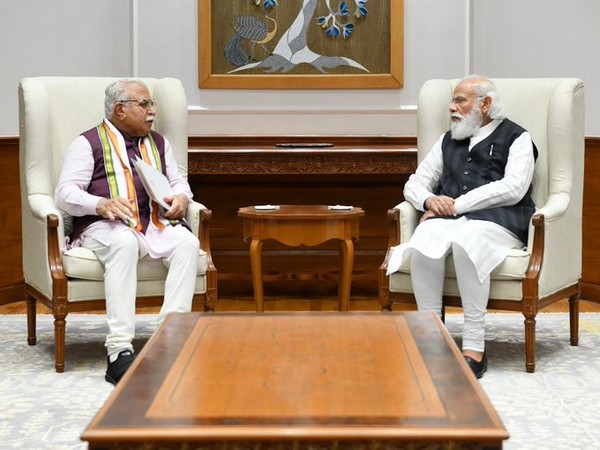 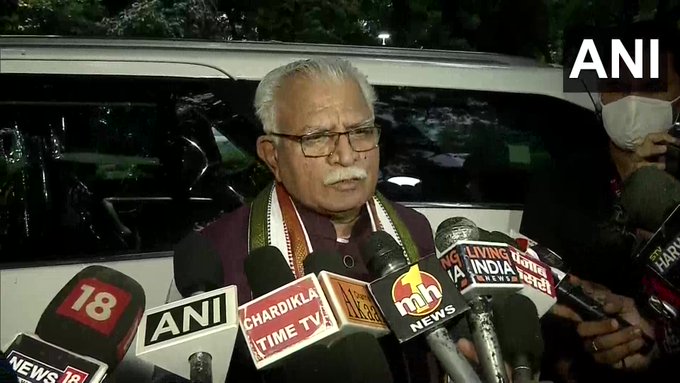 Khattar's meeting with PM Modi comes amid the ongoing farmers' protest against the three farm laws during which they blocked the National Highway-44 at the Singhu border.
The Haryana government on Wednesday formed a special committee to talk with the farmers about removing the blockade at National Highway-44 at the Singhu border. The committee was formed after a high-level meeting held by Chief Minister Manohar Lal Khattar.
Farmers have been protesting at various sites since November 26 last year against the three newly enacted farm laws. The Centre and farmer leaders have also held several rounds of talks but the impasse remains.
The three farm laws include the Farmer's Produce Trade and Commerce (Promotion and Facilitation) Bill, 2020, and the Farmers (Empowerment and Protection) Agreement of Price Assurance and Farm Services Bill, 2020.
Khattar's reference to the Karnal incident came days after the Samyukta Kisan Morcha (SKM) ended the four-day-long gherao of the Karnal Mini Secretariat on Saturday after the Haryana government agreed to suspend Karnal Sub-Divisional Magistrate (SDM) Ayush Sinha, who was seen asking policemen to hit protesting farmers on their heads in a viral video.
Haryana Police had on August 28 conducted a lathi-charge on protesting farmers near the Bastar toll plaza in Karnal, where farmers had gathered in large numbers to protest against a programme that Chief Minister Manohar Lal Khattar was scheduled to attend.
All India Kisan Sabha (AIKS) had alleged that Kajal, who belonged to Karnal district had "received severe blows in the atrocious police lathi charge" and died of a "heart attack".
However, Haryana Police has denied the allegations of AIKS.

SKM said that there was also an agreement between the Haryana farm unions and the administration for a judicial inquiry under a retired High Court Judge who will look into the role of Ayush Sinha for the police violence which allegedly "resulted in the death of one farmer and injury to countless others." (ANI)