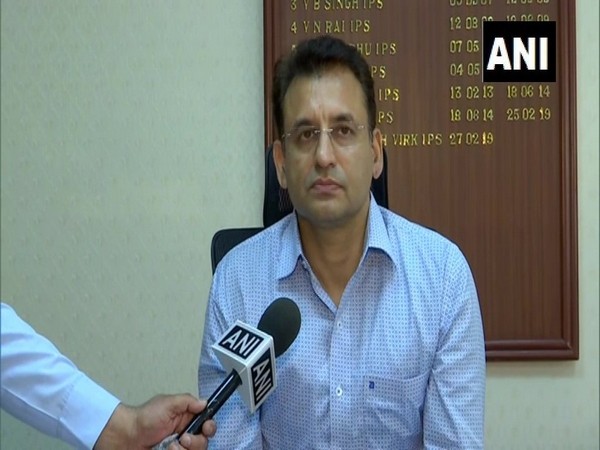 Chandigarh (Haryana) [India], Oct 12 (ANI): Haryana Police will be deploying close to half of the Central Armed Police Forces (CAPF) allocated by Union Ministry of Home Affairs in critical and vulnerable polling stations during the Assembly polls in the state.

Giving this information here on Saturday, Additional Director General of Police (ADGP), Law and Order, Navdeep Singh Virk said that all 3,087 critical and vulnerable polling stations identified by civil and police administration will have two-tier security arrangements for ensuring peaceful and incident-free polling.
"Besides security cover by the state police force, the CAPF from different troops will be deployed on these polling booths to provide a safe and secure environment to the voters. The forces are conducting pre-poll area domination drives across the state," said Virk.
Web-casting and micro-observer will monitor the polling process and the conduct of polling staff across the state on all the critical and venerable polling stations.
Spelling out the details of security arrangement, Virk said that in addition to 130 central security companies, more than 57,000 personnel of state police and Home Guards will be involved in ensuring the security of polling booths. "They will be supplemented by police personnel from trainees as well as Special Police Officers," he added.
He also warned that any kind of violent activities during the entire electoral process would not be tolerated and the police will take stringent action against those try to vitiate the law and order and disrupt the polling process in any manner.
The state has a total of about 19,500 polling stations in 10,309 locations. It goes to polls on October 21. The counting of votes will take place on October 24. (ANI)