Have no idea why my son open fired at Shaheen Bagh, says Gaje Singh 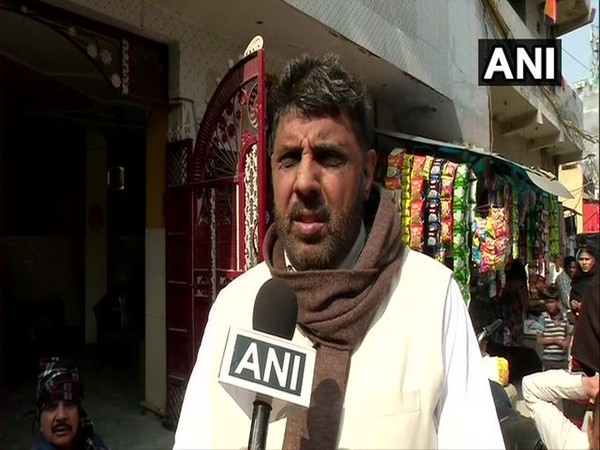 New Delhi [India], Feb 2 (ANI): Gaje Singh, father of Kapil Gujjar, the man who fired in Shaheen Bagh on February 1, expressed shock at the incident and denied having any knowledge of his son's intentions.

Singh, further said that he had not gone to meet his son, who was detained by the police, following the incident.
"I did not go to meet him. I am at home since morning. I had no information about him after I dropped him here yesterday. After that, we saw him on the television in the evening. We do not know why he took such a step," Singh told ANI on Sunday.
Apart from Gaje Singh, other close relatives of Kapil had also expressed shock at the incident and denied having any prior knowledge of his intentions.
They also said that Kapil has a clean record and had never previously got engaged in even minor tiffs in the locality.
"He was at home at around 12 pm, we thought he had gone off to the dairy when he left the house. We do not know how he reached Shaheen Bagh at 4 pm. We got to know of his involvement through the television," Fateh Singh, Kapil's uncle told ANI on Saturday.
Fateh Singh further said that Kapil was an educated guy who takes part in the family business.
"He is not the guy who gets into fights with anyone even in the locality. He is an educated guy who minds his own business. We run a dairy and he keeps to it," Singh said.
Kapil, a resident of Dallupura village near Delhi-Noida border, was detained by police on Saturday following the firing incident.
"The police personnel overpowered and detained him on the spot while he was firing in the air. He is being interrogated. An FIR is being registered and further investigation is underway," Chinmoy Biswal, DCP, South-East had said.
According to Delhi Police sources, Kapil told the police that the protest at Shaheen Bagh caused traffic jams in the area. His cousin's wedding was coming up and he used to get stuck in traffic for hours while going to Lajpat Nagar to make arrangements. Hence, he took this step and fired shots in the air. (ANI)