HD Kumaraswamy says, Pegasus issue is not a new incident, happened even several years back 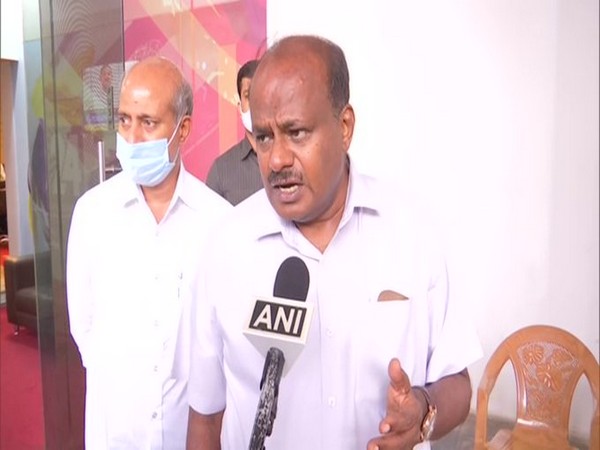 Bengaluru (Karnataka) [India], July 21 (ANI): Speaking on the Pegasus issue, former Karnataka Chief Minister HD Kumaraswamy on Tuesday said, the Pegasus spying is not new to him because such incidents of phone tapping have taken place several times during the different regimes of the governments in previous years.

Kumaraswamy informed ANI that the same issue had led his government to collapse.
"I am not surprised by today's revelations on phone tapping. The same issue had risen when my govt collapsed. This issue existed during the tenure of several governments even several years back. This is not a new issue to me," said HD Kumaraswamy.
"I request parties, political leaders, to concentrate on how Centre failed to solve our problems. Why to waste time unnecessarily by taking up phone tapping issue?," former Karnataka CM added.
He further said that the inquiry into Pegasus spying allegations is a waste of taxpayers money.
However, Union IT Minister Ashwini Vaishnaw said there is 'no substance' in the media report regarding the use of Pegasus on WhatsApp, adding that the report was an attempt to malign Indian democracy and its well-established institutions. (ANI)