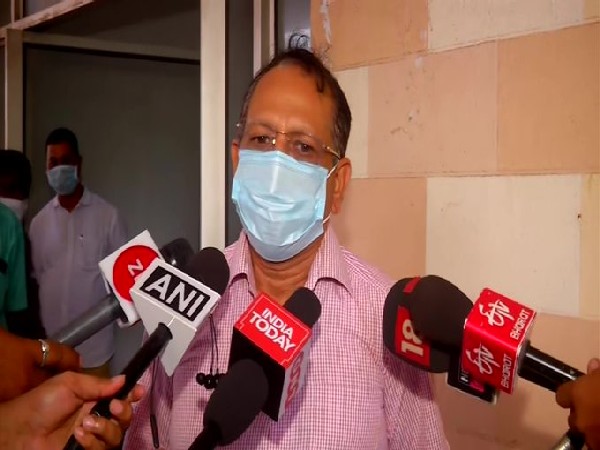 Bhubaneshwar (Odisha) [India], September 15 (ANI): The Odisha Special Relief Commissioner on Tuesday informed that the deep depression which passed the Odisha coast on Monday caused heavy rainfall and four deaths in the state so far.

In Odisha, heavy rainfall also caused waterlogging in some parts of Bhubaneswar, Cuttack, Bhadrak and other urban areas.
The commissioner, Pradeep K Jena said, "The deep depression caused an average of 155 mm in the state in last two days, leaving some areas waterlogged and some villages marooned. So far, we have reported four deaths."
The state government is taking charge of damages caused by the heavy rainfall.
Speaking to ANI, he further said, "Water pumps have been deployed and evacuations carried out. An assessment of the damages caused by the heavy rainfall in the state will be conducted and evacuations will be carried out."
Earlier on Monday, the Indian Meteorological Department (IMD) informed that a depression over the Bay of Bengal intensified into a deep depression and crossed the Odisha coast, bringing heavy rains in several parts of the west coast and Central India.
IMD on Monday also issued a red alert in seven districts, an orange alert in six districts and a yellow alert in eight districts for the next 24 hours due to heavy rains. It also predicted heavy to very heavy rains in one to two districts and flash floods as well. (ANI)