High-speed train between Mumbai and Ahmedabad will be actively pursued: FM Sitharaman 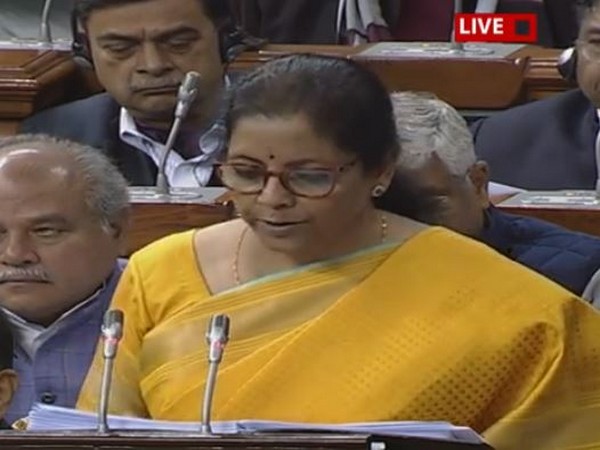 There is also a proposal to set up large solar panel capacities alongside railway tracks, she said while presenting the Union Budget for 2020-21.
"More Tejas type trains will connect iconic destinations," she added.
Sitharaman said the government will undertake redevelopment of stations and trains through public-private partnerships. Besides, another project to connect Bengaluru and Chennai by train is underway.
In July last year, the government had informed Rajya Sabha that Mumbai-Ahmedabad High-Speed Rail (MAHSR), also known as Bullet Train Project, has been sanctioned with a target to be completed by 2023.
(ANI)