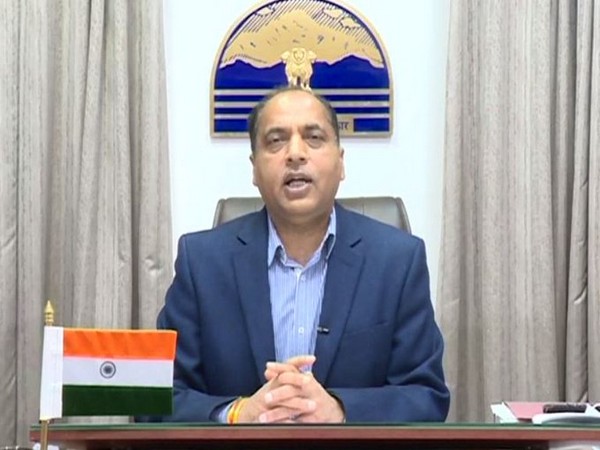 "An effective mechanism must be evolved to reach out to all the driving license holders of the State to sensitize them regarding road safety measures and ensuring safer road mobility. This was stated by Chief Minister Jai Ram Thakur while presiding over the review meeting of preparedness of Road Safety Month celebrations here today," read a press statement from Himachal Pradesh Chief Minister's Office.
The Chief Minister said that the Union Ministry of Road Transport and Highways had decided to observe Road Safety Month from January 18 to February 17, 2021. He said that the main objective for organizing this event was to sensitize all the stakeholders regarding road safety and promote various activities for mitigating road accidents and injuries.
Thakur said that the involvement of the public as well as NGOs must be ensured to make the programme a success. He said that special thrust must be laid on road safety advocacy programme and Good Samaritans for ensuring better road safety.
According to the statement, the Chief Minister said that Good Samaritan is a person who without expectation voluntarily comes forward to administer immediate assistance or emergency care to a person injured in an accident. He said that the Government of India had made an amendment in the Motor Vehicles Rules, 1989 in September 2020 to provide rights to Good Samaritan.
The Chief Minister said that a proper media campaign must be prepared to sensitize the people regarding road safety in the State. He said that optimum use of print, digital and electronic media must be ensured besides broadcasting Radio Talk Shows with subject specialists. He also stressed the need to organize painting, essay, and slogan writing competitions amongst school students. He said that online competition could also be organized through Nehru Yuva Kendras for various Yuvak Kendras of the State.
Thakur said that newly elected representatives of Panchayati Raj Institutions, as well as Urban Local Bodies, must also be involved in mass awareness regarding road safety measures.
The Chief Minister said that an orientation programme must also be held for drivers of school vans as well as commercial vehicles. He said that a special drive must be held to sensitize PWD and NHAI contractors so that black spots could be removed and improved at the time of construction of roads. He said that eye testing camps should also be planned for commercial drivers.
Jai Ram Thakur also directed the Transport Department to associate driving training schools and trainees by holding workshops for sensitizing them on proper procedures for obtaining driving licenses. He said that a workshop should also be organized for spreading awareness regarding DIGI-LOCKER and mPARIVAHAN application.
Principal Secretary Transport KK Pant while welcoming the Chief Minister said that the State level inaugural function of the National Road Safety month would be held at Shimla on the 18th of this month which would be presided over by the Chief Minister. He said that on this day Chief Minister would also flag off the cycle rally as well as various groups to different districts for sensitize the people regarding road safety.
Director Transport Department Anupam Kashyap made a detailed presentation regarding month-long events being held throughout the State on the National Road Safety month. Senior officers of the Transport Department attended the meeting. (ANI)