Hindi is a 'little child in diapers', says Kamal Haasan 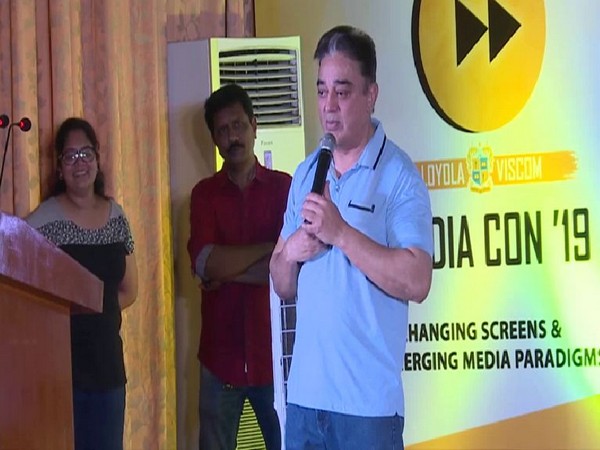 Chennai: Makkal Needhi Maiam (MNM) leader Kamal Haasan on Thursday said that Hindi is a 'little child in diapers', being the youngest language among the family of languages in India.

"Hindi is a little child in diapers. Compared to Tamil, Sanskrit and Telugu, Hindi is still a young language. It is not with derision that I say this. I say with compassion that we have to take care of the language but it should not be imposed or stuffed down our necks," Haasan said while speaking at a function here.
Haasan had earlier said on September 16 that any imposition of Hindi will lead to a battle that will be "exponentially bigger" than the 'jallikattu' protest.
"We have said it before and we will say it again, the Tamil language is our (people of Tamil Nadu) pride and we will fight for it. The unity in diversity is the promise we made when we made India into a republic. We cannot change that," Haasan said.
"Now, no Shah, Sultan or Samrat should go back on their promise. We respect all languages but our mother language will always be Tamil," he added.
Union Home Minister Amit Shah on Hindi Divas on September 14 made a call to culturally unify India with Hindi as its national language. It has triggered a row, with several opposition leaders sparring with each other over the issue.