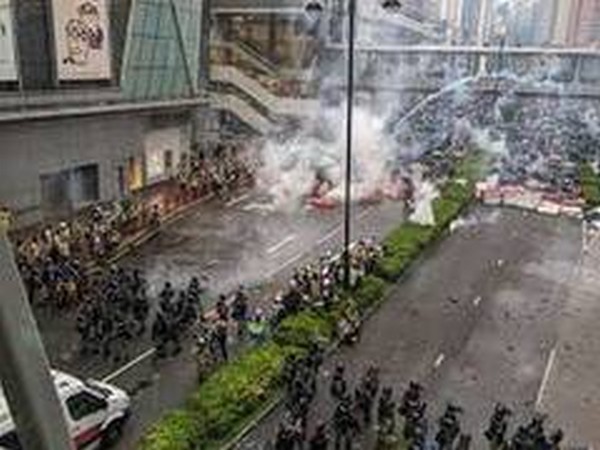 The draconian law is aimed at crushing dissent in the erstwhile British colony which saw massive pro-democracy protests last year.
The legislation, which came into effect ahead of July 1 punishes what Beijing terms secession, subversion, terrorism and foreign interference with up to life in prison.
South China Morning Post citing a police source reported that the pair, who along with two of the others - independence activists Ray Wong Toi-yeung and Lau Hong - are currently in Britain, have been accused of inciting secession and collusion with foreign and external forces to endanger national security, according to a police source.
Reacting to the development, Nathan Law said he was clueless about what offences he might have committed. He also stated that he would sever his ties with family.
"I stress that all overseas advocacy work has been done in my personal capacity, without any political connection with other individuals," he was quoted as saying in a statement.
"Since I left Hong Kong, I have not been in contact with my family members. I hereby cut off relationship and future contact with them," he said. "I'm completely clueless to what offences I might have committed. At the end of the day, maybe the answer is: I love Hong Kong too much," said Law.
US-based Samuel Chu of the Hong Kong Democracy Council (HKDC) and Wayne Chan Ka-kui, previously reported to be in Amsterdam were also listed out as suspects.
"The Hong Kong police is issuing an arrest warrant against an American citizen for advocating and lobbying my own government," Chu, a US citizen said in a statement.
Several countries have suspended their extradition agreements with Hong Kong in the wake of imposition of the controversial security law.
Germany has decided to suspend its extradition treaty with Hong Kong, Foreign Minister, Heiko Mass, said on Friday (local time) after the erstwhile British colony decided to postpone legislative council elections.
China earlier announced the suspension of Hong Kong's extradition treaties with Canada, Australia and Britain after the three countries announced the similar decisions in protest to controversial new security law. (ANI)