Hopeful COVID-19 vaccine will be available in India next year: Harsh Vardhan 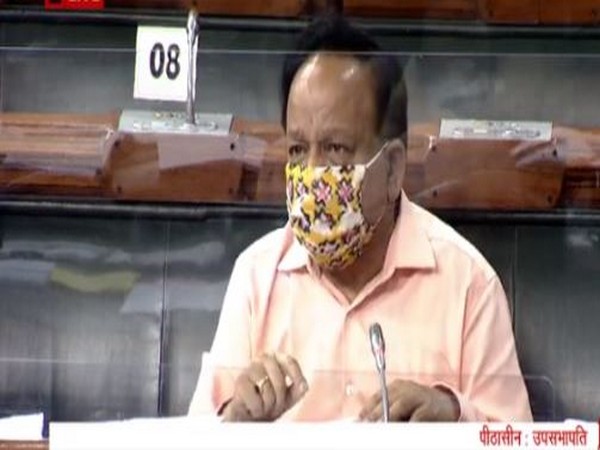 New Delhi [India], September 17 (ANI): Union Health Minister Harsh Vardhan on Thursday said that he is hopeful that by the early next year, the vaccine will be available in India and added that Prime Minister Narendra Modi has handled Covid-19 "meticulously."

"History will remember Prime Minister Narendra Modi for meticulously monitoring the entire situation himself. India is making efforts just like other countries. Under Prime Minister's guidance, an expert group is looking at it and we have advanced planning in place. We are hopeful that by the start of next year, the vaccine will be available in India," he said in the Rajya Sabha.
"From January 8, the Prime Minister, the Ministers and State health ministers have been addressing the situation. All Chief Ministers have fought this battle with the Prime Minister. All types of advisories and details were given before the first case of COVID-19 in the country on January 30. Extensive contact-tracing was undertaken for that case. For the first case, 162 contacts were traced. That is how we started our history of contact tracing," the Union Minister added.
Responding to Congress MP Anand Sharma's query, Vardhan said that six scientific agencies gave scientific data on the basis of which it was stated between 14-29 lakh cases were prevented by the coronavirus lockdown. (ANI)