How much life-saving material is stuck in storage due to bureaucratic drama: Owaisi asks PMO 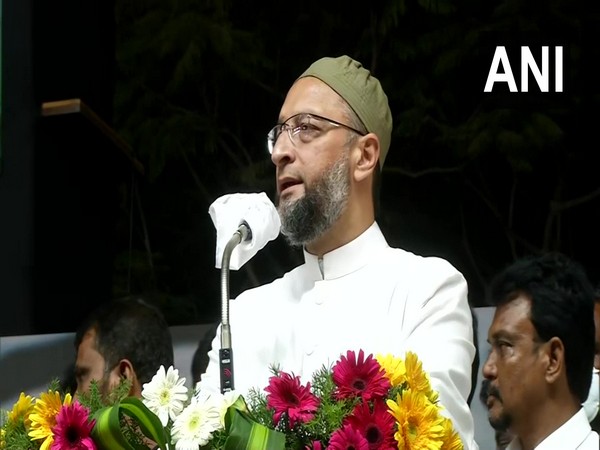 New Delhi [India], May 4 (ANI): AIMIM president Asaduddin Owaisi on Tuesday asked the Prime Minister's Office (PMO) to reveal what has happened to at least 300 tonnes of international aid which has been received by India and is "stuck in storage due to bureaucratic drama".

Taking to Twitter, Owaisi wrote, "We received at least 300 tonnes of international aid. PMO India isn't telling us what has happened to it. How much life-saving material is stuck in storage due to bureaucratic drama?"
"This is not incompetence, it is the complete lack of compassion for fellow citizens," he added.
The finance ministry on Monday informed that no consignment of 3,000 oxygen concentrators is pending with the Customs authorities.
The ministry's response after the matter regarding a consignment of 3,000 oxygen concentrators lying with Customs authorities came up in the Delhi High Court.
It was clarified in the court by the government counsel that presently no such consignment is pending with Custom authorities. As the social media has been flooded with the news that 3,000 oxygen concentrators are lying with Customs, the ministry said: "We have again checked". (ANI)