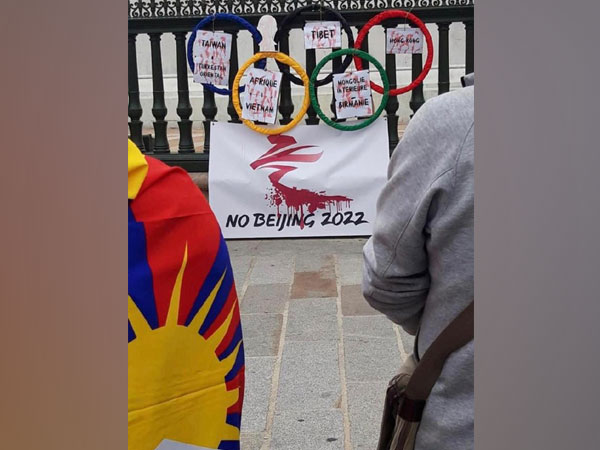 Paris [France], June 24 (ANI): Hundreds of people from the Tibetan, Mongolian, Uyghur, Vietnamese, Hong Kong and Taiwanese communities staged a protest at the Bastille square in Paris on Wednesday, demanding the boycott of the upcoming 2022 Winter Olympics in Beijing over human rights violations against ethnic groups in the country.

The protest in Paris is a part of the Global Action Day protests, which are being held across the world by several communities and ethnic groups whose members continue to suffer atrocities and suppression by the Chinese government. 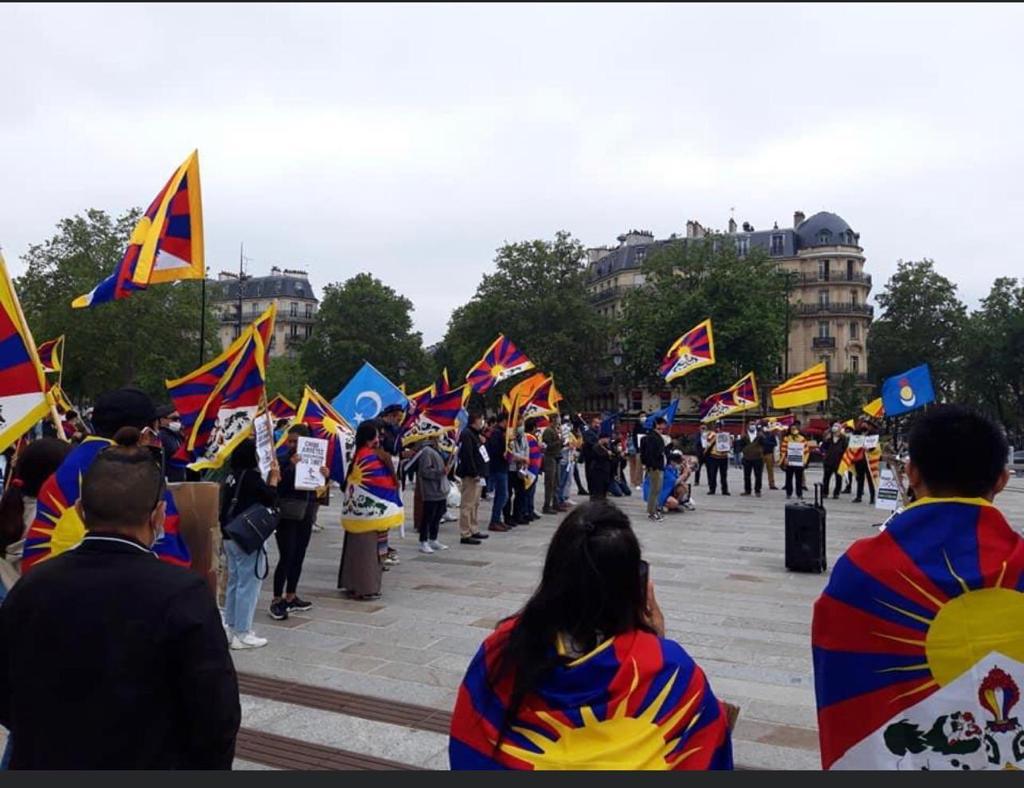 Meanwhile, Organisations like the Tibet Initiative Deutschland (TID), Association of Tibetans (VTD), Uyghur World Congress and Germany Stands with Hong Kong jointly organised a similar protest in Berlin, Germany, in front of the Brandenburg gate on Wednesday. The protest witnessed the participation of approximately 30 people.
During the demonstration in Paris, the protestors chanted the slogan 'No Beijing 2022' and 'No rights, No Games'.
The members of the ethnic communities are urging the International Olympic Committee (IOC) to reconsider its decision to organise the Winter Olympics in Beijing.
A group of 200 plus non-government organisations (NGOs) started a Global Day of Action on Wednesday to pressurise the IOC to change its stance and shift the location of the venue for the Winter Olympics next year. 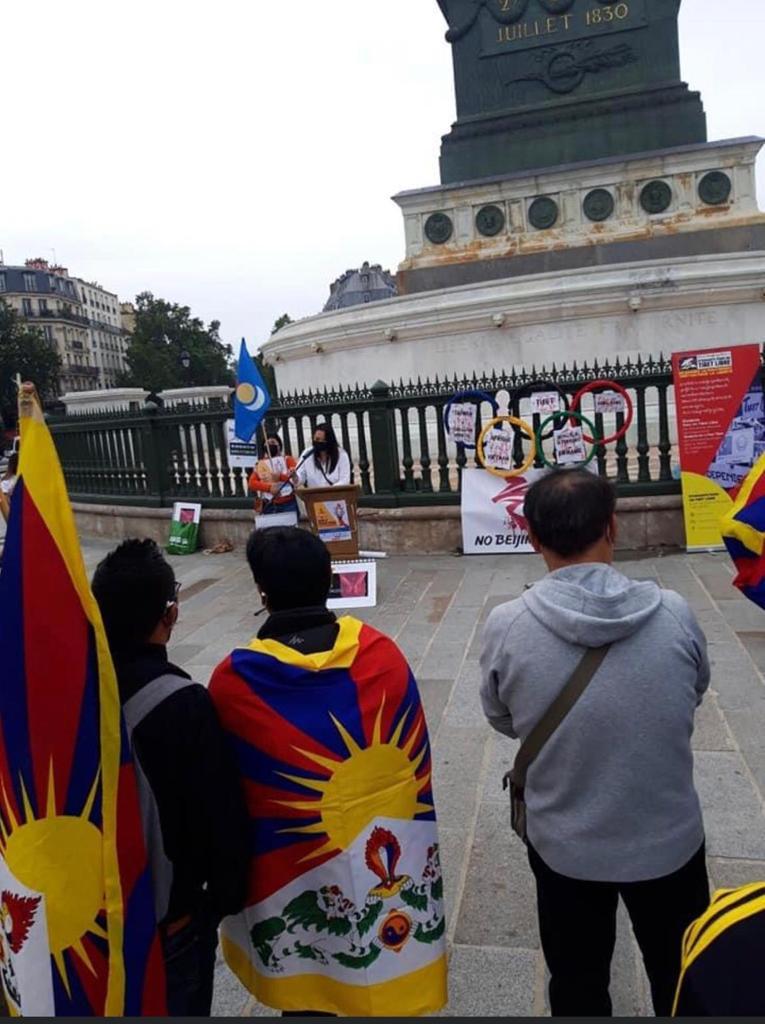 According to a statement on Global Action Day protests, the situation in Tibet has sharply deteriorated since the Beijing Olympics in 2008 and an alarming number of Tibetans continue to die in custody under Chinese authorities.
The statement mentioned that the brutal policies of the Chinese government are increasingly being recognised by the international governments and parliaments, including the US, UK, Canada, Netherlands and Lithuania as a 'genocide'.
The 2022 Beijing Winter Olympics run a serious risk of legitimising these abuses. Despite the increasing abuses against ethnic communities, China has faced no challenge from the IOC, the statement further said.
Earlier this week, UN High Commissioner for Human Rights Michelle Bachelet has said that she hopes to agree on terms with China for a visit this year to Xinjiang province, to look into reports of serious abuse against Uyghurs.
On International Olympic Day (June 23) campaigners representing Tibetan, Uyghur, Southern Mongolian, Hongkonger, Taiwanese, and Chinese people united around the globe in over 60 global cities calling on world leaders, National Olympic Committees, Olympic Sponsors and all people of conscience to boycott Beijing 2022, 'The Genocide Games.'
Support for a boycott of Beijing 2022 has grown exponentially since activists released a joint letter to governments in September 2020. Parliaments and elected representatives from across the political divide agree that supporting the Beijing 2022 Olympics is tantamount to endorsing China's human rights abuses, said #NoBeijing2022 release.
As human rights experts warned, the 2008 Summer Games led to a further crackdown on human rights and took place without any meaningful human rights due diligence.
Contrary to China's commitment to hold a "free and open" Olympic Games in 2008, Beijing continued to clamp down on the international media and quashed all freedom of expression for Tibetans wishing to voice their opinions about the Games. (ANI)