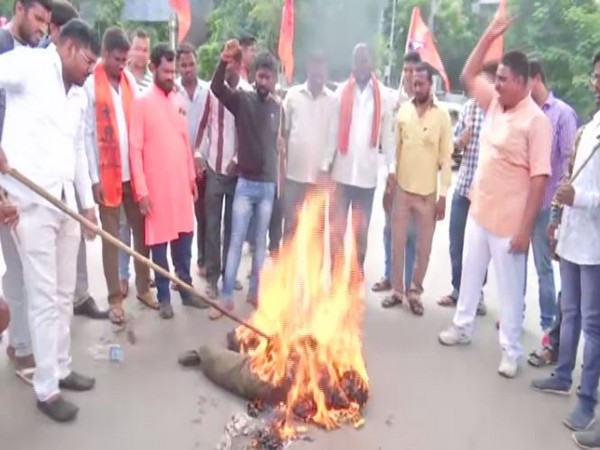 The party raised slogans against West Bengal Chief Minister Mamata Banerjee and burnt her effigy.
Media Convener of Bajrang Dal, S Kailash told ANI, "The party is directly encouraging the killing of Hindus and Hindu organisations in West Bengal. It seems that Mamata Benerjee wants to make West Bengal like Bangladesh."
"We have learnt through sources that Bandhuprakash, his wife and child were killed because he was going against the government's policy and working for Hindu organisations. We demand the West Bengal Chief Minister to take charge of law and order immediately," he added.
Three people including a child were murdered by unknown miscreants inside their house on Thursday in Jiyaganj area of Murshidabad.
The deceased have been identified as Bandhuprakash Pal (35), his wife Beauty Mondal Pal (30) and son Angan Bandhu Pal (8).
Bandhuprakash was a school teacher who worked in Gosaigram Sahapara Primary school and his wife was pregnant. All the three were brutally murdered, police had said. (ANI)