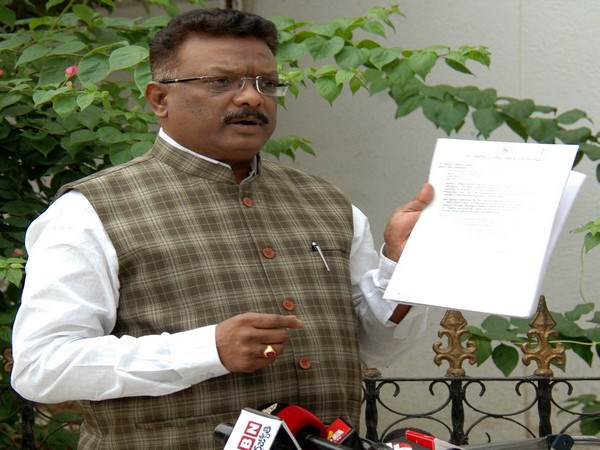 Hyderabad (Telangana) [India], Oct 12 (ANI): The Congress party slammed the leaders of Telangana Non-Gazetted Officers (TNGO) and NGOs for meeting Chief Minister K Chandrashekhar Rao at a time when nearly 50,000 Road Transport Workers (RTW) are on strike. The Congress alleged TNGO and NGO leaders of "selling out the interest of employees".

While addressing a press conference, All India Congress Committee (AICC) Spokesperson Dasoju Sravan has asked leaders to explain the urgency in meeting the Chief Minister.
"State Government did not implement the Pay Revision Commission nor provided any facilities to the employees. The promise of extending the retirement age to 61 years also remains unfulfilled. In such a situation, their meeting with the Chief Minister only shows that either they were sold out or accepted his slavery," said Sravan.
Further, the AICC Spokesperson urged the Communist Party of India (CPI) to withdraw its support to TRS in the forthcoming Huzurnagar by-elections. He said it was surprising that the CPI, which has a history of backing agitations for workers' rights, was supporting the TRS Government which illegally sacked nearly 50,000 RTC employees.
Sravan alleged that the TRS Government was allegedly trying to privatise RTC so as to "acquire its assets of nearly Rs. 75,000 crore". (ANI)