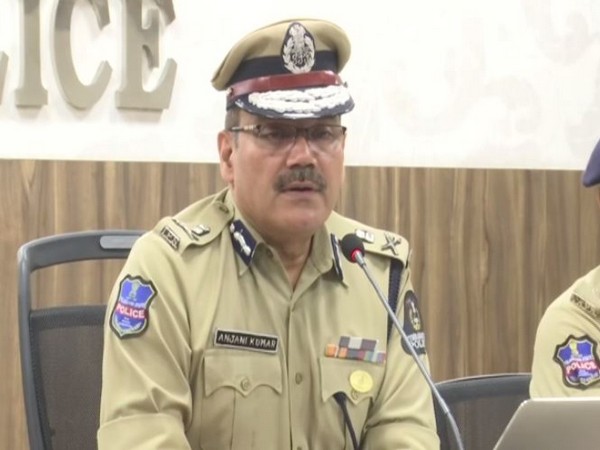 They were arrested by the Gadwal Police.
Speaking to ANI, Anjani Kumar, Police Commissioner of Hyderabad, said that suspicious activities by a frontal organisation, Telangana Vidhyarti Vedika, were noticed during a joint operation carried out in Telangana East Zone.
He said that CPI (Maoist) organisations have no trust in democracy and they want political power using violence.
The Police Commissioner said that search team has recovered CPI Maoist party literature and electronic storage devices like memory card, sim card and laptop. Also, a message, which caused violence by provoking young youth in the past was also traced by the operation team.
The TVV and its leaders in the name of students have been misleading students towards violent communist ideology, the Police Commissioner said.
These leaders were identified as Maddileti, Menchu Sandeep, Anudeep and Kishore and several criminal cases had been registered against them in various police stations of Maharashtra, Chattisgarh and Telangana.
He said Adiwasi Vidhyarti Sangam, Civil Liberty Committee, Democratic Students Union, Human Rights Forum, Patriotic Democratic Movement, Razalala Mandali, Telangana Democratic Forum are some of the Maoist organisations whose job is to gain political power through violence.
Kumar said that CPI Maoists and their frontal organisation used 'students' as their cover to spread violence by taking them towards violent communist ideology.
He asserted that police will not allow such organisations to grow and "misguide the youth".
He said that police will present the proof in the court and the case will be investigated by Assistant Commissioner of Police. (ANI)