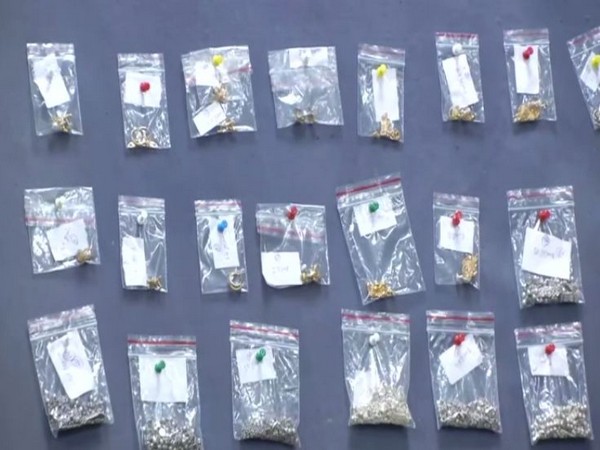 Hyderabad (Telangana) [India], July 19 (ANI): Hyderabad Police have arrested one woman allegedly involved in targeting minor girls for robbing their ornaments.
The accused has been identified as 30-year-old, Vegnam Anuradha, who is involved in more than 25 cases. She was arrested on July 17 from Nandanavanam, Karmanghat.

Police claim to have recovered 57.6 grams Gold ornaments, 681 grams Silver anklets and a small cutter used in the commission of offences.
According to police, the accused targeted the minor girls who were found playing in front of their house, schools and parks.
"Her modus-operandi lied in engaging them in conversation and on the pretext of buying chocolates and ice-cream, she took them to lonely places and removed their ornaments like ear tops, silver anklets with the help of a cutter and disappeared after committing the offence," said Anjani Kumar, Commissioner of Police, Hyderabad.
The woman accused is a habitual offender and is involved in 25 cases under the limits of various police stations of Hyderabad, Cyberabad and Rachakonda commissionerate. (ANI)