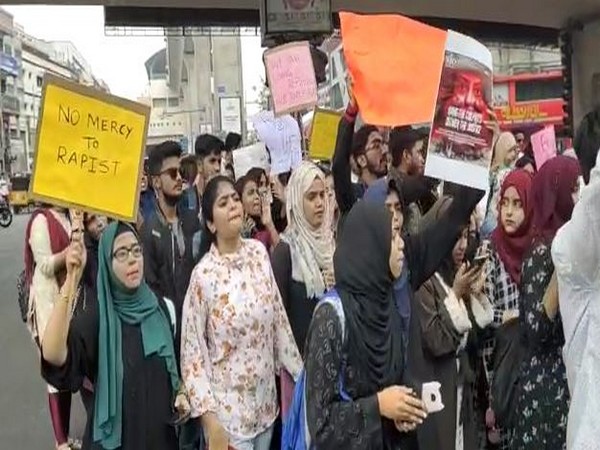 Hyderabad: The students of Sultan-ul-Uloom educational institutions on Monday staged a protest march here condemning the brutal rape and murder of the veterinary doctor.

Scores of students raised slogans demanding justice for the victim and capital punishment for the accused involved in the heinous crime.

The burnt body of the veterinary doctor was found at Shadnagar outskirts in Telangana's Ranga Reddy district on Thursday.

The body was later identified as that of a veterinary doctor from the city. As per the preliminary probe, the doctor was sexually assaulted before being charred to death.

The police on Friday arrested four accused persons in the rape and murder case of the woman veterinary doctor.

According to the police sources, the accused that were arrested by the police are a lorry driver and cleaners.