I believe the ball in Ram Mandir case will land in Centre's court: Kalyan Singh 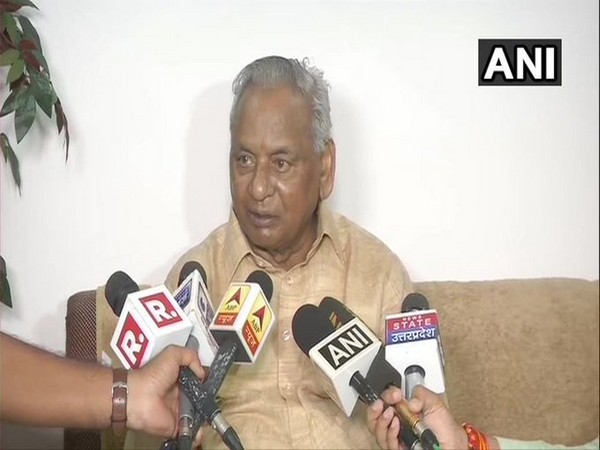 Lucknow (Uttar Pradesh) [India], Sept 13 (ANI): It is likely that the Supreme Court will put the final decision on the matter of constructing the Ram Mandir in Ayodhya in the hands of the Center, said former Rajasthan Governor Kalyan Singh on Friday.

"The Supreme Court will give its decision on the basis of facts (in the Ram Mandir case). I will not comment on that. It is well within their authority to take whatever decision they want in the matter but I believe that the ball will land in Central Government's court in the end," Singh told reporters here.
Reacting to the statement of opposing counsel in the Ram Mandir case, Rajeev Dhawan (who is representing the Sunni Waqf Board and other counsel), who had reportedly alleged that the Ramayan was imaginary and could not be presented as a piece of historical evidence, Singh said, "Dhawan can think whatever he wants but I believe that Ramcharita Manas or Ramayan is not fictional. Tomorrow they will also say that Lord Ram, Krishna or Dronacharya are fictional, what's the end to this?"
"Everybody has a right to put forth their points, but such words should not be spoken which are against someone's sentiments. Tomorrow they can also say that Mahatma Gandhi was nothing more than a mere human, but history is documented to prove otherwise," the BJP leader added.
Singh implored other parties to clear up their stance on the Ram temple in Ayodhya issue and said, "The public sentiment is that the temple should be built, that is the sentiment of the people, cutting across religious, social and party lines." (ANI)