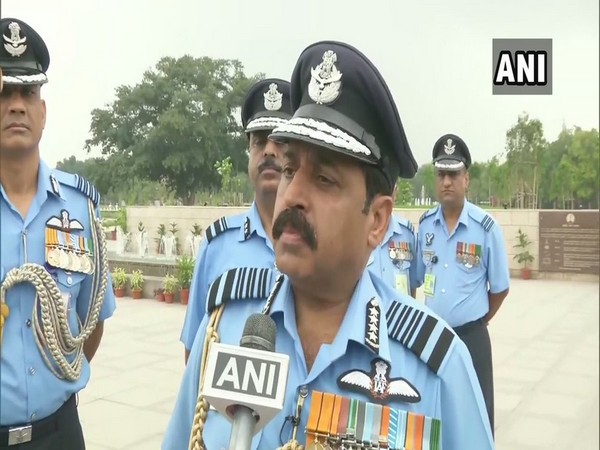 Srinagar (Jammu and Kashmir) [India], Oct 11 (ANI): In his maiden visit outside the national capital, Air Force chief RKS Bhadauria on Friday visited the Srinagar airbase where he also met the members of the chopper unit whose six personnel were killed due to a hit by own missile on February 27.

"The chief visited Srinagar airbase today and reviewed operational preparedness there. He also met the members of the Mi-17 IV chopper unit whose six personnel were killed in firing by own SPYDER missile system," IAF officials told ANI.

Soon after taking over as IAF chief, Bhadauria had said that it was a "big mistake" which took place when Pakistan was carrying out an aerial attack on Indian targets. The Pakistani offensive was thwarted successfully.

The visit to the Srinagar airbase assumes significance as it was the main base which thwarted Pakistan's aerial attack on February 27 on the next day of the Balakot airstrike.

The Srinagar airbase is the centre of all the counter-terrorist operations that are being undertaken by the Indian security forces against Pakistan-sponsored terror in the Kashmir Valley.
"During the visit, the chief of air staff reviewed the operational preparedness of the airbase and was briefed on the security situation by the local commanders, IAF officials said.
The Srinagar airbase is also under consistent threat from terror groups and the threat perception has increased after the role played by it thwarting the Pakistani attack.
Vir Chakra awardee and Balakot hero Wing Commander Abhinandan Varthaman had also taken off from this base in his MiG-21 Bison to thwart the Pakistani aerial attack and shot down a Pakistani F-16 in the process. (ANI)