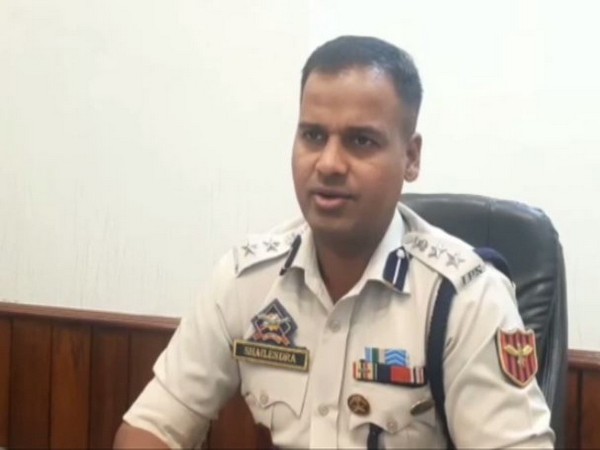 Kathua (Jammu and Kashmir) [India], May 28 (ANI): The explosives-laden car, through which Jaish-e-Mohammad was planning a terror attack, had a fake number plate which belongs to a motorcycle seized in Hiranagar.

Kathua SSP Shailendra Kumar Mishra told ANI that the bike has been seized.
"We got to know that IED-laden Santro car having number plate of Kathua has been found in Pulwama. When we probed the matter and found that it is number plate of a bike here in Hiranagar Police Station area. The bike has been seized and brought to the Hirangar Police Station," Mishra said.
He said the police are investigating how the number was fixed in the Santro car.
Jammu and Kashmir Police said Jaish-e-Mohammed (JeM) had the main role in planning the car bomb attack in Pulwama which was thwarted by security forces.
Vijay Kumar, Inspector General of Police, Kashmir said that Hizbul Mujahideen assisted the JeM.
"We had received information that a militant of Jaish-e-Mohammed is going to carry out the operation. So we suspect that Adil (occupant of the car carrying IED) - a Hizbul Mujahideen militant is also in touch with Jaish-e-Mohammed," he said.
"He (Adil) intended to target vehicles of security forces. We suspect that the vehicle was carrying 40-45 kg of explosives. Jaish-e-Mohammed has the main role in this. Hizbul Mujahideen assisted them," he added. (ANI)