If PM Modi had not won majority in 2019, then abrogation of Article 370, Ram Mandir would not have been made possible: Amit Shah 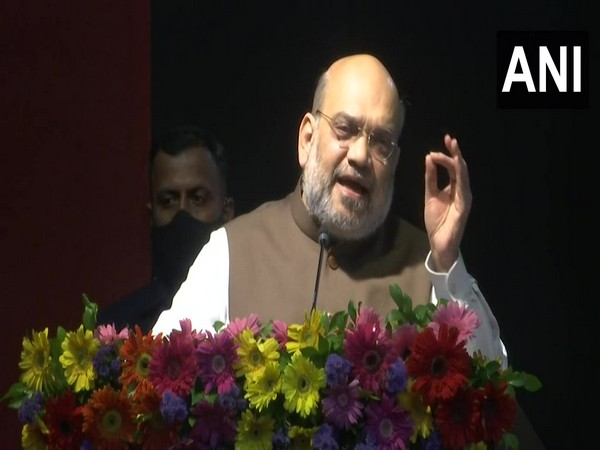 Panaji (Goa) [India], October 14 (ANI): Union Home Minister Amit Shah on Thursday said if Prime Minister Narendra Modi-led Bharatiya Janata Party (BJP) government had not won the 2019 Lok Sabha polls with the full majority then neither the construction of the Ram Temple in Ayodhya would have been started nor the Article 370 abrogated in Jammu and Kashmir.

Addressing BJP's Karyakarta Sammelan here, Shah said, "We want to make a government with a full majority in Goa in 2022. Tell me, if Prime Minister Narendra Modi had not won with a majority, then could Ram Temple be built in Ayodhya, could Article 370 be abrogated in Jammu and Kashmir?"
"In all the political parties formed before and after independence, BJP is the only party whose's soul is not a leader but workers. One cannot imagine BJP without party workers," he added.
The assembly elections in Goa are slated for early next year.
Amit Shah, who is on a day-long visit to poll-bound Goa on Thursday, inaugurated the transit campus of National Forensic Sciences University (NFSU ) at Curti in Ponda, Goa. Shah also held meetings with party leaders.(ANI)