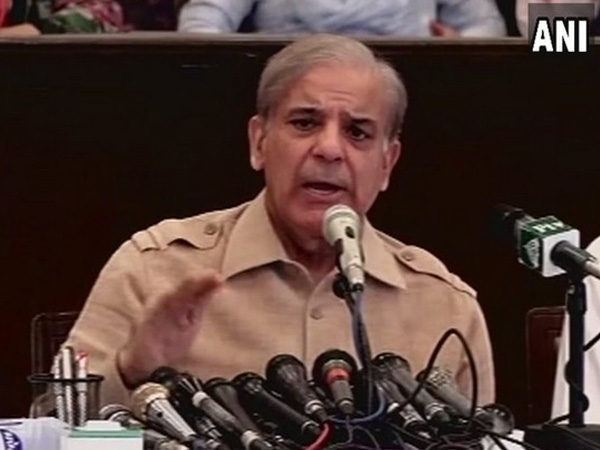 Islamabad [Pakistan], Jul 13 (ANI): PML-N president Shehbaz Sharif on Saturday fired a fresh salvo at Prime Minister Imran Khan, asserting that the latter's "long-cherished dream" of locking down the entire nation was fulfilled.
He made the comments following a countrywide strike by traders who are protesting against the "anti-business measures" proposed in the 2019 federal budget.

Sharif claimed that PTI government came into power by "stealing" the public mandate and sold the country to the International Monetary Fund (IMF), referring to the recent bailout package which Islamabad received from the global money lender, Express Tribune reported.
Earlier this month, Pakistan received the first tranche of a loan of USD 991.4 million from the IMF in a bid to tackle its worsening financial crunch.
He also claimed that his brother and former prime minister Nawaz Sharif, who is currently serving a seven-year prison term for corruption charges in Al-Azizia Steel Mills case, had taken steps to "reduce" power outage in Pakistan and took the country on the "path of progress" during his tenure.
Reiterating his demand for his brother's release, the PML-N leader said, "The oppression against Nawaz Sharif must end as only he can protect the interests of Pakistan and its people." (ANI)