In 6 years PM Modi has turned India into a nation to reckon with: Yogi Adityanath 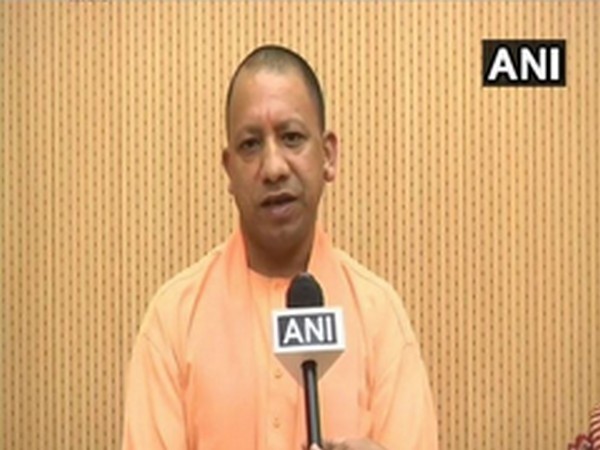 "I find myself blessed to have got a leader, mentor and guide in our beloved Prime Minister Shri Narendra Modi Ji, a person with unmitigated righteousness, unquestionable sense of service towards mankind and overwhelming sensitivity," Yogi Adityanath said in a tweet and shared an article written by him.
In the article, Yogi Adityanath said, "In six years, our illustrious Prime Minister Narendra Modi has turned India into a nation to reckon with."
The article further read, "Since Independence, the leaders kept talking about the last man in the last line, but it is only now that the fruits of welfare endeavours and infrastructure have actually reached the common man. The unique journey from Antyodaya to Rashtrodaya was made possible by the sheer compassionate person of Modiji, who comprehended the ethos, mindset and sentiment of the masses and linked them to nationalism. This indeed was an example of channelising the power of masses into nation-building."
Mentioning about welfare schemes, the article read, "The Prime Minister has united the poor, youth, farmers and women into a single unit and upheld the slogan of Sabka Saath, Sabka Vishwas. Be it Beti Padhao-Beti Bachao or the Ujjwala Yojna, welfare schemes have been created to benefit the last man in the line and to instil in women a sense of self-pride and self-reliance. How can one forget the abolition of triple talaq? With this one act, the PM, on behalf of the nation, bestowed honour on women and restored their fundamental rights."
"The sustained efforts of Prime Minister has led to our great country re-establishing its mythological, cultural and spiritual traditions. India received global recognition through Namami Gange, Vishwa Yoga Day, Laying of the foundation stone of Shri Ram temple at Ayodhya and the conduct of a grand Prayag Kumbh," it said.
It further said the country has been facing security challenges for the past several decades. The Prime Minister has thwarted all those challenges and laid the foundation of powerful Bharat. With "Look East" policy, the PM brought infrastructural benefits to the northeast and through "Act East policy", the region could accrue the advantages of proximity to East Asia.
Articles 370 and 35A that had been haunting Indian for decades were abolished. With this, Prime Minister reaffirmed the idea of 'Ek Bharat, Shreshtha Bharat'. In both northeast and Kashmir, there is now an atmosphere of peace and harmony and people have become development-oriented, the article further read.
Today is the 70th birthday of Prime Minister Narendra Modi. Bharatiya Janata Party (BJP) launched a week-long campaign namely 'Seva Saptah' on September 14 to mark the 70th birthday of the Prime Minister. Several social initiatives are being undertaken by the party leaders and workers across the country. The campaign will continue till September 20. (ANI)