In Mamallapuram, Xi Jinping to relish 'Taste of India' 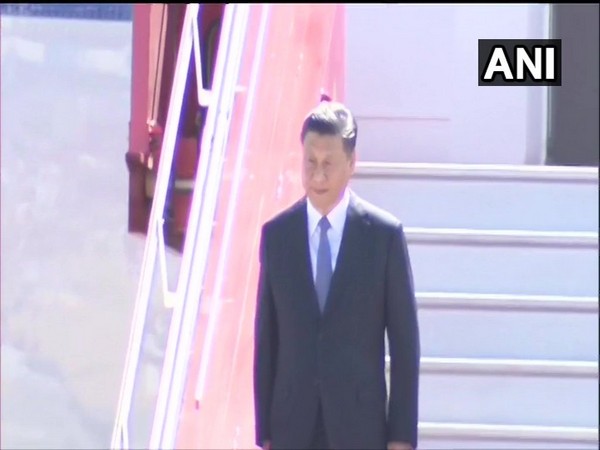 Mamallapuram: Chinese President Xi Jinping, who has arrived in India to kick start an informal summit with Prime Minister Narendra Modi in Mamallapuram, will be served with south Indian cuisine tonight.

At a special dinner hosted by Prime Minister Modi in honour of the Chinese President in Mamallapuram this evening, a variety of Indian culinary delights will be on display.

The special focus of the evening will be to showcase diverse South Indian cuisines.

From Thakkali Rasam and Arachavitta Sambar to Kadalai Kuruma and Kavanarasi Halwa, the menu on offer will reflect the sweeping diversity of south Indian culinary traditions.

All regional cuisines, from Chettinad to Karaikudi, will be represented at the visiting dignitary's dinner table today evening.

According to sources, duration of engagement between Prime Minister Modi and President Xi will be six hours. One on one meeting will be for almost 40 minutes. Both sides to issue press statements, sources added.

Prime Minister Modi along with Xi will visit to three iconic monuments of Mamallapuram, including Arjuna's Penance, Panch Rathas and the Shore temple. Then the two leaders will witness a cultural programme at the temple complex.

The objective of the meeting is likely to be the exchange of views on regional and global issues, finding a broad pathway on bilateral relations, and discussing ways to build better connections between the two countries.

Issues pertaining to trade increased market access for products like soybean and non-basmati rice, as well as terrorism, sourcing, financing, and origins of terror are expected to come up during the talks.

On Saturday, the two leaders will have a one-on-one meeting at the Fisherman's Cove resort, which will be followed by delegation-level talks. After the talks, Modi will host a lunch for Xi, and the Chinese leader will leave for Chennai airport at 12.45 pm.

The two-day informal visit will not witness signing of any Memorandum of Understandings or agreements.

After completing his engagements in India, the Chinese President will be departing for Nepal on the second leg of his two-nation tour.