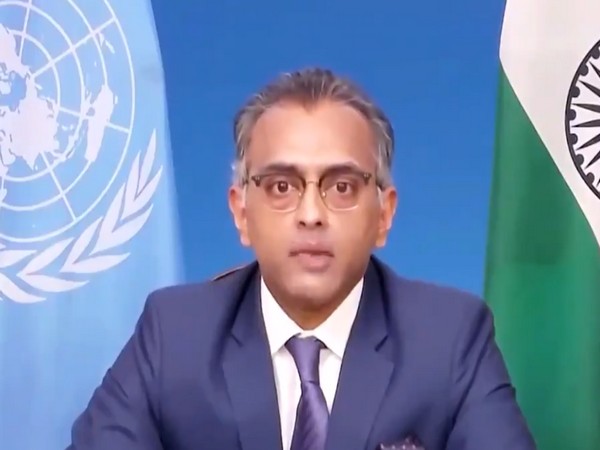 New York [US], January 13 (ANI): India on Monday expressed support for the UN Multidimensional Integrated Stabilisation Mission in Mali (MINUSMA) to help the country in overcoming its present political and security issues.

Speaking at a UN Security Council meeting, India's Deputy Permanent Representative to the UN, Nagraj Naidu said: "India believes that continuing support of the international community at this critical time is crucial for Mali. For its part, India has extended soft loans totalling USD 353.6 million for various developmental projects, including in the power sector, in Mali."
He also said that India offers a significant number of training slots for Malian officials under its Technical and Economic Cooperation training programme, and that Mali was also provided critical medicines to fight the Covid-19 pandemic.
India also extended its full support to Mali's transitional government and its continued membership of the Governing Council of the Community of Democracies.
Expressing condolences over the recent deaths of Malian defense personnel, MINUSMA peacekeepers and French soldiers, Naidu asserted that the seeds of the crisis in Mali were sown in the Libyan conflict in 2011.
"The main reason for the coup d'etat and the overthrow of the civilian government in 2012 was the alleged mishandling of the situation in Northern Mali. The situation further worsened due to the offensive by terrorist and extremist armed groups in Southern Mali in early 2013. MINUSMA took over from the African-led International Support Mission to Mali (AFISMA) in July 2013," he said.
He further said that Mali is still witnessing a repeat of the same events from 2012, with the political situation being in a precarious state and that the Malian government is facing capacity issues, issues related to lack of resources, security situation and terrorism. He also highlighted the growing strength of the Islamic State in Greater Sahara.
"MINUSMA is overburdened with a huge mandate, but lack of commensurate resources is affecting its functioning. Therefore, while discussing the situation in Mali and MINUSMA, we need to be cognisant of factors contributing to the prolonged crisis in the country," he said.
Naidu also expressed cautious optimism regarding recent political developments in Mali, and stressed the need for expeditious progress on institutional, political and electoral reforms to achieve the target of holding elections by the end of the 18-month transition period.
"If MINUSMA has to carry out its mandate more effectively, it must be adequately equipped with resources. The quest for more with increasingly scarce resources will be counter-productive. I would like to inform that my Government will consider positively the Secretary General's proposal for deployment of air assets in MINUSMA. Earlier, India had also contributed USD 1 million to AFISMA fund in 2013," he further said.
The Deputy Permanent Representative also expressed support for the mediation role of the Economic Community of West African States (ECOWAS) and African Union (AU) in the restoration of constitutional order in Mali. (ANI)