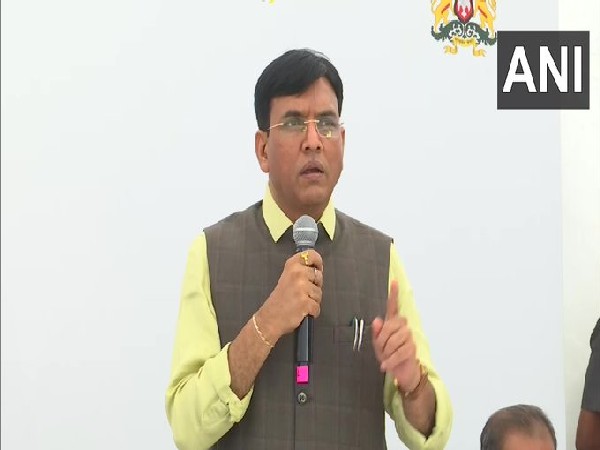 New Delhi [India], October 14 (ANI): Union Health Minister Mansukh Mandaviya on Thursday said that India is expected to achieve 100 crore COVID-19 vaccinations around October 18 or 19, adding that big events have been planned to celebrate the achievement.

His remarks came at the launch of 13 videos on COVID-19 warriors and a Coffee table book on "Sentinels of the soil".
"Announcements will be made at seaports, railway stations, bus stations, metro stations and airports at the time India completes 100 crore vaccinations," said Union Health Minister Mansukh Mandaviya
During an interaction at the event, the Union Health Minister said that nearly 73 per cent adult population has received the single dose of the COVID-19 vaccine and around 30 per cent have been administered double doses.
According to official sources, Health centres will be showered with flower petals whereas health workers will also be honoured on the occasion.
The Coffee table book Sentinels of the soil launched by the Union Health Minister has 13 stories of Corona Warriors from 8 different states /UTs of the country. This book has 8 case studies of those healthcare and front line workers who helped India combat the Covid crisis, including ambulance drivers, doctors, Asha workers, health volunteers etc.
During the launch, Mandaviya also mentioned some of the case studies listed in the book.
Other Union ministries are also planning to celebrate the 100 crore vaccination achievement. Twitter hashtag 'vaccine century' has also been prepared in view of the occasion. (ANI)