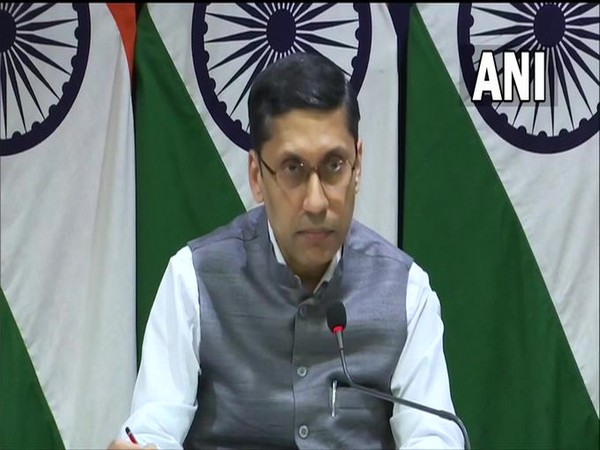 New Delhi [India], October 14 (ANI): India has received an invitation to the Moscow Format Meeting on Afghanistan on October 20 and will be participating in it, Ministry for External Affairs said on Thursday.

India's participation is likely at the level of joint secretary.
It will be the first Moscow format dialogue since the takeover of Afghanistan by the Taliban in August. The meeting is likely to be the first time New Delhi will be face to face with the Taliban since it announced an interim government last month.
MEA spokesperson Arindam Bagchi said during a weekly media briefing on Thursday that he does not have a final confirmation about who will be attending the meeting.
"We have received an invitation to the Moscow Format Meeting on Afghanistan on October 20. We will be participating in it. I don't have a final confirmation who'll be attending but it's likely that we will have it at the joint secretary-level," Bagchi said.
The Moscow format was introduced in 2017 on the basis of the six-party mechanism for consultations between special representatives from Russia, Afghanistan, China, Pakistan, Iran, and India.
Bagchi also said that India's policy towards Afghanistan is guided by its friendship with the Afghan people and it is essential that humanitarian assistance providers are accorded unimpeded, unrestricted and direct access to the country.
He said India has in the past contributed towards developing infrastructure in Afghanistan and provided humanitarian assistance.
"India's policy towards Afghanistan is guided by our friendship with Afghan people," he said. (ANI)