India will not tolerate 5 'murders' to avenge one: Nirbhaya convicts' lawyer 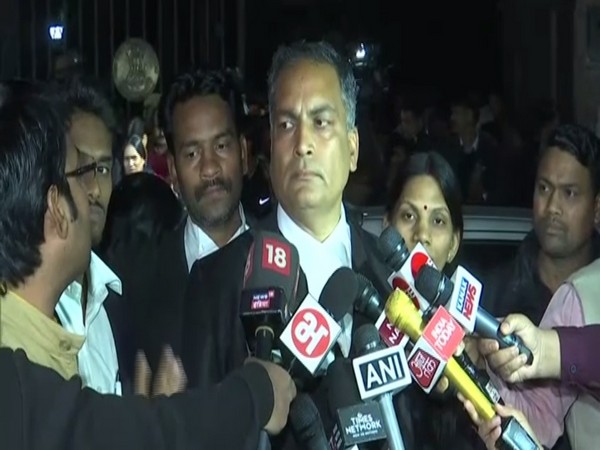 New Delhi [India], Feb 2 (ANI): India will not tolerate five "murders" to avenge one, the lawyer representing the four death row convicts in the Nirbhaya gang-rape and murder case, said here on Sunday as the Delhi High Court reserved its order on the indefinite suspension of the convicts' death sentence by a lower court.

"The convicts have been in jail for the past seven years. There are four mothers (those of the convicts) on one side and one mother (victim's) on the other. So you have to decide whether you listen to the pain of four mothers or that of the one. India will not tolerate five death to avenge one (the victim)," Advocate AP Singh, representing the convicts, told reporters after the hearing.
Singh also alleged that a "media trial, political trial, trial with public sentiments" was happening in the case in view of the coming Delhi Assembly elections, and added that an "injustice" would be meted out if the four are hanged in a hurry.
The Delhi High Court on Sunday reserved its order on a plea filed by the central government and Tihar Jail authorities challenging the order of Patiala House court which stayed the execution of the four convicts -- Akshay Thakur, Pawan Gupta, Vinay Sharma and Mukesh Singh.
The case pertains to the gang-rape and brutal murder of a 23-year-old paramedical student in a moving bus on the night of December 16, 2012, by six people, including a juvenile, in Delhi.
Apart from the four death row convicts, one of the accused in the matter, Ram Singh, allegedly committed suicide in the Tihar Jail during the course of the trial.
The victim's mother has been demanding quick execution of the convicts to have the justice done.
"The Centre was not a party to the case till 2019 but when execution is stayed sine die, petitions are filed and the case is heard on Saturday and Sunday. On social media, people are writing against me and my family. Why? Because I am giving importance to the Constitution of India?" Singh said.
"A Red Fort bomb blast convict Arif alias Ashfaq is alive in jail even though all his legal remedies have been exhausted. His special leave petition (SLP), review, curative and mercy petitions have been rejected. But Delhi government and Tihar Jail are not giving notice for his execution," Singh added.
On the other hand, Nirbhaya's mother Asha Devi said, "The court has reserved the order in the matter. We hope this judgement brings us closer to justice." (ANI)