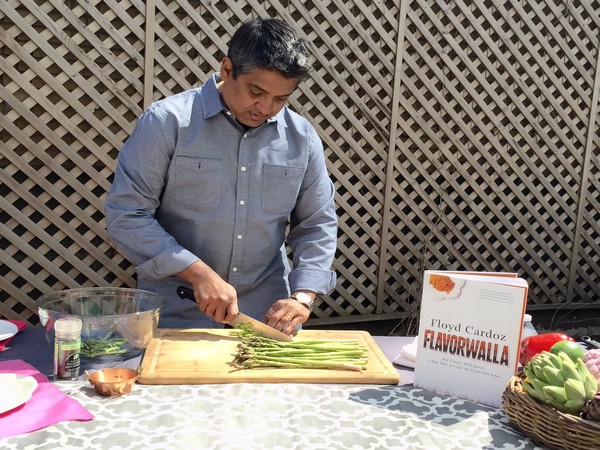 New Jersey [USA], Mar 27 (ANI): Floyd Cardoz an influential chef of Indian heritage died on Wednesday morning of complications from the coronavirus in New Jersey, at the age of 59.

In a statement to several media outlets Cardoz' company in India, Hunger Inc. Hospitality announced that he died from complications from COVID-19 on Wednesday at Mountainside Medical Center in Montclair, N.J.
On March 17, Cardoz shared that he returned to the US for medical treatment on March 8, writing that he was "feeling feverish."
US Principal Deputy Assistant Secretary (PDAS) Alice Wells paid tribute to Cardoz, calling him the 'ultimate culinary diplomat.'
"Sad to hear of the passing of acclaimed Indian-American chef @FloydCardoz, the ultimate culinary diplomat. Floyd's restaurants, books, and good-natured TV appearances introduced sumptuous Indian flavours to an American palate and built bridges between our people. Rest in peace," US Ambassador Alice Wells wrote on twitter.
Cardozo was an influential chef who married regional Indian cuisine with French and new American flavours. He opened a string of acclaimed restaurants in both New York and Mumbai -- and became a TV star along the way.
Cardoz was born in what was then Bombay, India, and grew up between that metropolis and his ancestral state of Goa. (ANI)