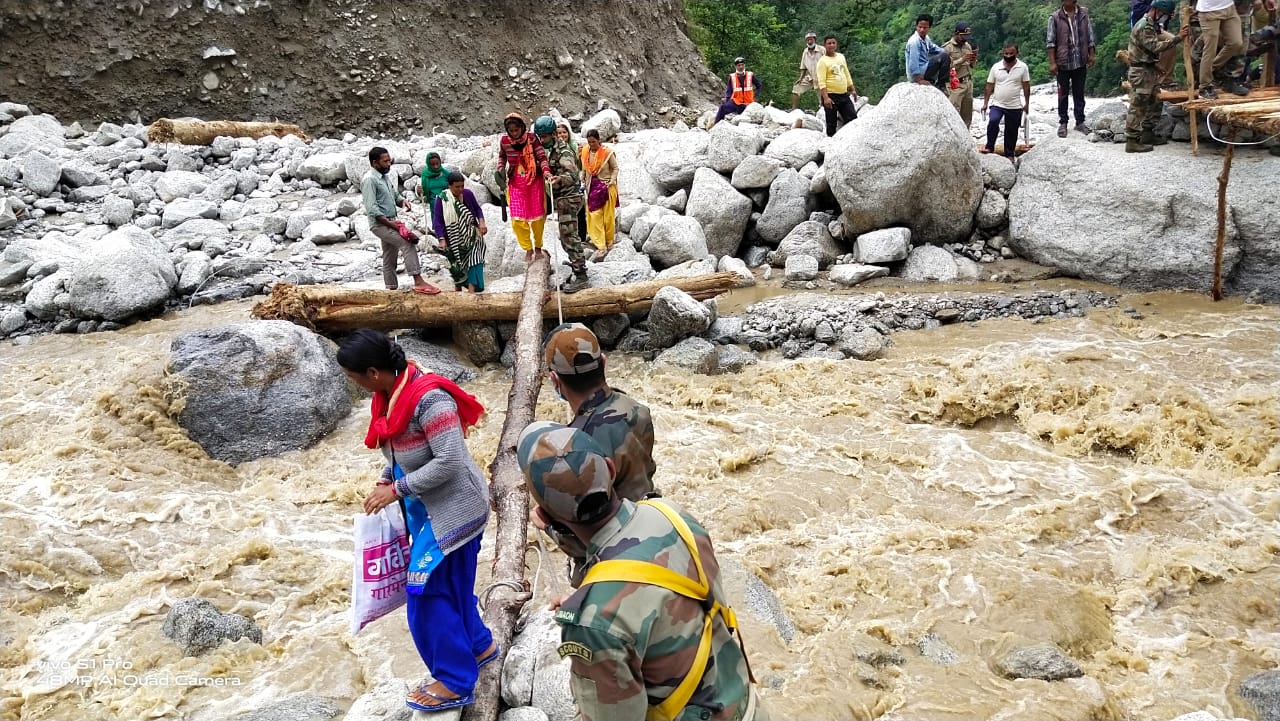 The troops evacuated a large number of villagers in Dharchula. The locals were provided with logistics and medical aid.
"Troops of Indian Army conducted Rescue Operations for the evacuation of villagers in Dharchula, Uttarakhand. A large number of villagers were evacuated. Logistics and medical aid being extended to the locals," said ADG PI, Indian Army in a tweet.
On Friday, Dharchula MLA Harish Dhami had a narrow escape after he slipped while crossing a flooded rivulet in Dharchula area on his visit to the district.
Uttarakhand has witnessed several landslides following heavy rainfall in the state. The district administration has also issued red alerts in the past few days after rivers were flowing above their danger marks due to excessive rainfall. (ANI)