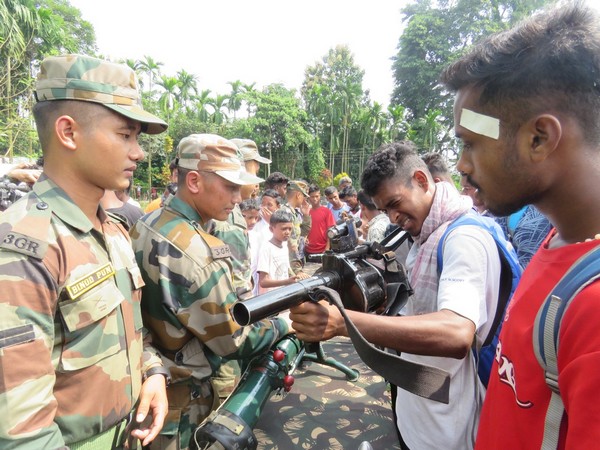 "During the event, the students were allowed to get hands-on experience of handling real weapons and it was the main attraction of the event," read a press release from Indian Army.
This event saw overwhelming participation from students and youth of the adjoining areas.
"A talk was also conducted on various avenues and procedures to join the Indian Army which was aimed at encouraging the youth to choose this honourable profession," the press release read.
A friendly football match between the Army unit and locals was also organised,which drew a huge crowd. (ANI)