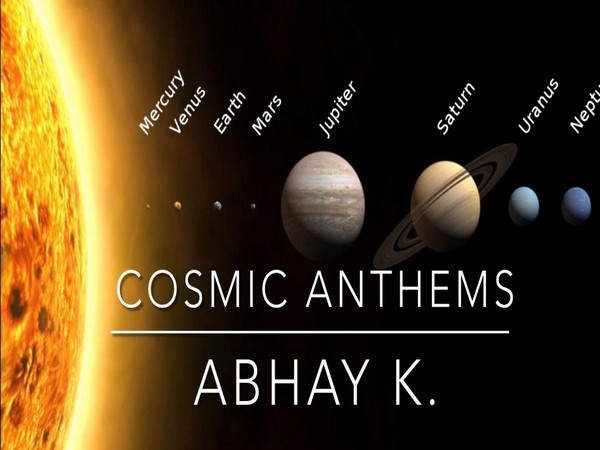 Antananarivo [Madagascar], December 21 (ANI): As Jupiter and Saturn will come closest to each other in nearly 400 years tonight on December 21 appearing together as one bright star, Indian diplomat-poet Abhay K has created a special video of cosmic anthems to mark the occasion of this Great Conjunction and December Solstice.

The video takes one on a virtual journey across our solar system. The Cosmic Anthems include anthems on Sun, Moon and all the eight planets in the solar system including Jupiter and Saturn.
Here is the video:

Abhay K wrote Earth Anthem, the first anthem in this series in 2008 in St. Petersburg, Russia, which was put to music in Nepal in 2013 and since then it has been translated into over 50 languages and performed at the National Orchestra of Brasilia and by the musicians of the Amsterdam Conservatorium among other places.
He also penned Moon Anthem last year to celebrate the landing of Chandrayaan 2 on the Moon. The music for Moon Anthem was composed by renowned violinist Dr L Subramaniam and it was sung by Kavita Krishnamurti, while the music for Mars Anthem was composed by Ondiko Kevin, and it was sung by Kenyan singer Kapnea. Music for the anthem for other planets is likely to be composed by next year.
Tonight's Great Conjunction takes place after sunset in the south-western sky after nearly 800 years when it can be seen with naked eyes.
The last such conjunction seen in 1623 was not visible from most part of the Earth. The next Great Conjunction will only happen 400 years later.
Abhay K is presently posted as India's ambassador to Madagascar and Comoros. (ANI)