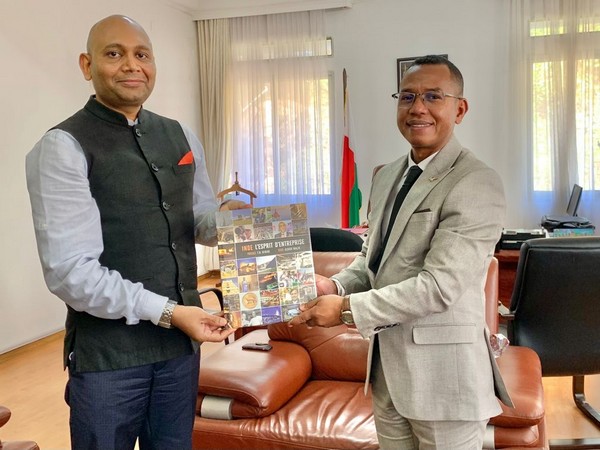 Antananarivo [Madagascar], September 14 (ANI): India's Ambassador to Madagascar Abhay Kumar on Tuesday met Madagascar's Minister of Fisheries and Blue Economy Paubert T. Mahatante and discussed ways to strengthen cooperation in the field of the blue economy between India and Madagascar.

Madagascar created a new Ministry of fisheries and blue economy in August 2021 to pay more attention to the development of its marine resources and develop its blue economy.
Madagascar has a long coastline of 4,828 km and a vast Exclusive Economic Zone, which is the 25th largest in the world.
About 17,500 people of Indian origin, mainly from Gujarat, live in Madagascar which has a population of about 28 million.
The ties between the two Indian Ocean neighbours are growing in all spheres. (ANI)